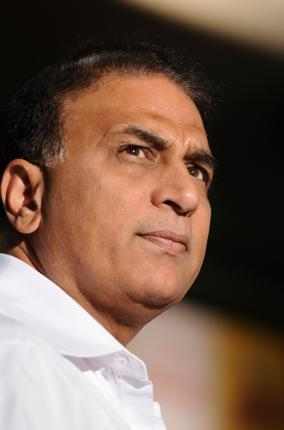 So, here you are!Without giving any opinion on the merits of the allegations against BCCI president N. Srinivasan, the Supreme Court on Friday appointed the former India skipper, Sunil Gavaskar, as the interim president of the board to discharge the functions of the Indian Premier League 2014 until its final order on the IPL spot-fixing and betting scandal.


Gavaskar is chosen only to sustain the betting vicious cycle and the IPL Casino.A Bench of Justices A.K. Patnaik and Ibrahim Kalifulla, however, permitted both Chennai Super Kings (CSK) and Rajasthan Royals to participate in this year's IPL that commences on April 16.

"We make it clear that we have not passed any order preventing any player or any team from participating in the IPL tournament 2014."

"Considering the fact that Mr. Sunil Gavaskar was a cricket player of great repute and eminence, a captain of the Indian cricket team and has wide experience in cricket-related activities, we appoint him president of the BCCI in relation to IPL 2014," it observed.

The court directed that other responsibilities of the board be performed by BCCI vice-president Shivlal Yadav.

The Bench said, "We also direct that till we deliver the judgment, none of the employees of India Cements Limited or its associate companies [except cricket players or commentators] will perform any of the duties assigned to them by the BCCI."

Mr. Salve had argued that Mr. Dhoni gave a false statement that Gurunath Meiyappan, Mr. Srinivasan's son-in-law , was only a cricket enthusiast.


Free Markets sports policy made a scapegoat of a beautiful batsman named Md.Azaharuddin.

Now,it seems to be the turn of MS Dhoni who happens to be the best match finisher.

Meanwhile a set of young brilliant cricket players led by speedster Shreeshant have been sacrificed saving the unholy business.

No doubt, Sunil Gavaskar is a living legend.But he is now reduced to a marketing icon only deeply engaged in sports business.

How may Gavaskar and Yadav clean the rot within unless the system survives to inflict sports?

Saurabh Ganguli did an excellent job to lead Indian cricket out of match fixing scandal.We were relieved.

What happened next?For whose cause Ganguli was dethroned and who played the game for the grand take over?

What happened to Indian Cricket?

What happened to Indian sports after all?

IPL is not all about cricket.Rather it is the casino economics we opted for us.

IPL has inflicted Hockey as well as Tennis.

We were not sure this morning whether MS Dhoni would take field today.Now,we do celebrate  entry into T20 world cup semi finals.Led by Dhoni,India became the first team to qualify for the semifinals of the ICC World Twenty20 after routing hosts Bangladesh by eight wickets in a thoroughly one-sided Group II match.

Had Dhoni been banned, Virat would have been Indian Captain since today.

Then we had to begin afresh to wait for Kohli being inflicted.

Our players belong to common people whom sports elevated to iconic status.Then,they fall in the trap.Hijacked for business interest and remote controlled by people like Shrini.

Believe me,as it happened time and again,nothing is going to change.

Lalit Modi smiles all the way.

Kalmadi has earned enough and he lost nothing losing Loksabha ticket from a losing party.

Monopolistic regime in Indian sports may not end anyway.No one is responsible to anwer the masses and the Nation.

What price did shashi Tharoor paid at all?

Shrini would return with glittering honours and the players have to pay.

Are we ready to lose Anil Kumble or Sachin Tendulkar or Rahul Dravid or Sania Mirza or PT Usha or Rathor and Sinha, Anand,Bhupati and Liander who carried national flag all these years just for the sake of some or other IPL.

Why IPL should not be scrapped?

Why India Incs should take over Indian sports just because they pay the expenses? 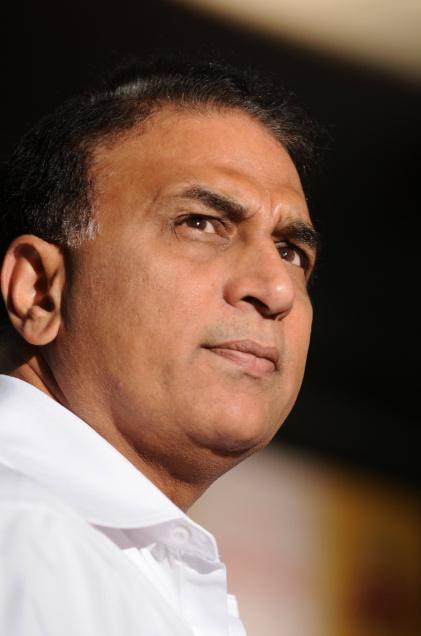 SC asks Srinivasan to step down as BCCI chief

Shocked at the revelations in the report submitted by the Justice Mukul Mudgal panel in a 'sealed cover', the Supreme Court on Tuesday asked Board of Control for Cricket in India (BCCI) president... »

Meiyappan was all over CSK, says panel

Once allegations started surfacing against Gurunath Meiyappan, son-in-law of BCCI president N. Srinivasan, attempts were made to erase proof of his links with Chennai Super Kings, the Supreme Cour... »

Board of Control for Cricket in India chief N. Srinivasan's son-in-law Gurunath Meiyappan was instrumental in passing on vital information about Chennai Super Kings to bookies through actor Vindoo... »

The committee probing the Indian Premier League (IPL) spot-fixing episode sought information from the public regarding allegations of betting against Gurunath Meiyappan and the other accused... »

IPL scam probe: Rauf not to travel to Mumbai

Disgraced Pakistan umpire, Asad Rauf has ruled out travelling to Mumbai for any investigation into the IPL spot-fixing scandal in which he has been chargesheeted by the Mumbai police."We hav...»

Charges against Meiyappan include betting, gambling and conspiracy »

My confession to police was under duress: Sreesanth

Banned fast bowler S. Sreesanth claimed innocence in a letter to the BCCI's disciplinary Committee and said his confession to Police in the spot-fixing saga was under duress. "Under the... »

S. Sreesanth saw the life-ban coming but put up a brave front when facing the media soon after he presented his case to the members of the Board's Disciplinary Committee. Obliging mediap... »

A Delhi court on Monday fixed September 5 for its order on the bail pleas of nine accused, including suspended cricketer Ajit Chandila, arrested in connection with the IPL spot-fixing scandal.... »

Another bookie arrested in IPL case

I am attending the Working Committee Meeting: Srinivasan

A defiant BCCI President N.Srinivasan on Tuesday made it clear that he will attend the BCCI's Working Committee meeting here on August 2 despite the Bombay High Court ruling that the constitution... »

The Supreme Court on Tuesday dismissed a public interest writ petition seeking a CBI probe into the IPL spot fixing scam involving bookies, players and others. A Bench of Justices B.S. Ch...»

Air Chief Marshal N.A.K. Browne, Chairman Chiefs of Staff Committee and Chief of the Air Staff, is leading a composite delegation comprising officers from the three services, on a four day visit t... »

Bookies could not rope in Shane Watson, says Harmeet

The meeting was held a few days after Harmeet was signed. »

These concerns come in the wake of various scandals relating to spot-fixing. »

BCCI contemplates action against Chennai Super Kings as per law

The Board of Control for Cricket in India has informed the Supreme Court that the operational rules of the IPL would come into play against Chennai Super Kings for having Gurunath Meiyappan, who in... »

'Law needed to deal with corruption in sports'

The Supreme Court-appointed panel, which probed charges of betting and spot-fixing in the IPL, has recommended enactment of a substantive law to deal with corruption in sports. "The status... »

'He was the face of CSK; Raj Kundra resorted to betting' »

I am very honest, was unfairly attacked: BCCI president Srinivasan

His integrity might have been questioned several times ever since the IPL spot-fixing scandal broke out but BCCI president N. Srinivasan says he is a "very honest" man, who was "unfairly attacked"... »

The Bombay High Court on Thursday asked Maharashtra government to file an affidavit within three weeks detailing investigations carried out by the Mumbai Crime Branch in the case of match fixing an... »

The Cricket Association of Bihar (CAB) on Monday moved the Supreme Court to restrain N. Srinivasan from contesting for BCCI president at the September 29 annual general meeting. The CAB als... »

The BCCI is in 'ban' mode. Ban Lalit Modi, ban S. Sreesanth and Ankeet Chavan, gag players. Difficult issues are not dealt with. For instance, no-one wants to talk about the subsidy to the J&K... »

The lure of money led to Chavan's fall

The alleged ill-gotten gains from IPL-VI have resulted in Ankeet Chavan's cricket world crumbling. A promising player with a record collection of 33 wickets and 227 runs from 10 matches, he played... »

CBCID finds nothing incriminating against Meiyappan

No material evidence to prove his direct involvement in betting »

Former Indian captain Rahul Dravid on Wednesday called for making match-fixing and spot-fixing a criminal offence since only a strong law can serve as a huge deterrent to potential fixers."M... »

While deeply disturbing, the betting and spot-fixing scandal the Indian Premier League (IPL) has been embroiled in actually afforded the Board of Control for Cricket in India the opportunity to cl... »

Wait for police probe to end in spot-fixing case: Lele

The Board of Control for Cricket in India's working committee on Sunday received the report of the two-member commission probing the IPL spot-fixing allegations and forwarded it to the IPL governi... »

After 13 years, charge sheet to be filed in match-fixing case

"It is the insidious effect of your actions on professional cricket and the followers of it which make the offences so serious. The image and integrity of what was once a game, but is now a busine... »

Shobhan Mehta, was arrested from a casino in Goa. »

Indian pacer S. Sreesanth fighting charges of spot fixing in the Indian Premier League received a shot in the arm with one of the alleged bookies retracting his confessional statement against the c... »