THE REAL WORLD OF CASTE IN INDIA: AN EFFORT TOWARDS UNDERSTANDING HIRA SINGH’S RECASTING CASTE

THE REAL WORLD OF CASTE IN INDIA:
AN EFFORT TOWARDS UNDERSTANDING HIRA SINGH’S RECASTING CASTE
~   Asit

As a Marxist, I would go by the eleventh thesis of Marx, i.e., it is not enough to understand caste system and caste exploitation; but if caste is an abominable, unjust and undignified system, one has to find ways and means to annihilate it. It is here that the Marxist and Ambedkarite project of ‘annihilation of castes’ converge.  Having said that, I would like to stress the inadequacies of non-Marxist perspectives on the caste system and the strategies to abolish it.

It is in this context of emancipatory political praxis of the underdog, Hira Singh’s contribution in the caste debate assumes extreme importance. His article in the Journal of Peasant Studies, “The Real World of Caste in India” should be read with his book “Recasting Caste”. In this Journal of Peasant Studies article, critically reviewing Dipankar Gupta’s “Interrogating Caste”, Hira Singh points to the inherent limitations of liberal ideology to solve the caste question in India. He raises the basic ontological issue of the “wretched of the earth” in his search for liberation. Taking a cue from Marx Engels and Lenin that working class “in itself” cannot liberate itself without becoming “class for itself”. If one looks at the politics of social justice, Dalits and OBCs as “caste in itself” have become “caste for itself” in their militant assertion in the electoral arena and to some extent in is the real “life world”. But this assertion has not removed the class exploitation of a vast majority of Dalits, OBCs, Adivasis and Pasmanda Muslims as the working class they are ruthlessly exploited and humiliated by the neoliberal regime in India. Hence, to the complete the trajectory of emancipation “caste for itself” has to transform itself to “class for itself”, otherwise the project of liberation of oppressed identities in India will be incomplete and will be co-opted by the ruling classes by creating a greedy self-centered middle class from the marginal groups.

The failure of Parliamentary Dalit and Mandalite outfits like BSP, RPI, RJD, SP, JD(U), Apnadal extra is a stark reminder of this incomplete project of emancipation of the lower castes. Writing about the limitations of ‘caste for itself’, Hira Singh in his JPS article says, “Eliminating the subordinate position of labour castes in the Brahminical hierarchy will not be achieved simply by their becoming a “caste for itself”, but rather by a broader process: the recognition of the contribution made by their labour power to the making of Indian history and society. This is the empowering discourse made by the black population of the United States, and the political lesson that the sociology of caste has to learn from the sociology of Race.” (see Hira Singh: Real World of Caste in India. Journal of Peasant Studies, April 2008.) Drawing our attention to the limitations of understanding caste by non-Marxist sociologists, Hira Singh says, “The sociology of caste does not address the question of production relations: land is for the most part, a taboo subject notably absent from the vocabulary of sociologists who dissect the caste system. As a result, not only does sociology not have the right answer about the origin and development of castes, but it does not even have the right question. (see Hira Singh JPS 2008.)

Since only interpreting the caste system is not enough, our aim is to annihilate them, Hira Singh draws our attention to the limitations of Dalit liberation within the capitalist electoral system, he endorses Dipankar Gupta’s views on the limitations of Dalit political parties and caste mobilization for creating a society without class and casts oppression:- “That scheduled castes, historically deprived of access to material resources  have been unable to realise their political objectives in this regard is an affirmation  of this basic principle at work: the strong and enduring connection between economic and political power in a liberal democratic system. The chances of scheduled caste voters changing the Indian power structure by means of the ballot box is about the same as those of the working class in the liberal democracies of metropolitan capitalist societies: that is to say, negligible. Hence, the centrality of the question: why does the working class keep on electing governments that continue to protect and perpetuate the rule of the capitalist class? The mere fact of voting is designed not to transform the existing socio-economic structure, but rather to perpetuate the rule of the propertied over the non-propertied. As with class so with caste. The inference is not that class is irrelevant in liberal democracies - far from it - but that the political transition from “class in itself” is not just crucial but also difficult to resolve. In much the same way, a “caste in itself” is not necessarily a “caste for itself “(Hira Singh JPS 2008). The lesson one draws from the above quote is that for the ultimate dream of a society without exploitation in India that if “caste for itself”, i.e., the Dalit and OBC assertion, it has to transform into “class for itself” to transcend capitalism, only then the ultimate project of a society where human beings do not exploit other human beings can be realized. And it is here that the political project of Ambedkarites and the political left converges.
The above argument, however, does not mean that caste and caste atrocities do not exist in the real “life world” of people. They do exist, and have to be resisted and eliminated. One need not wait until the “revolution” to resist them. But the fight against caste oppression will be incomplete without taking up the land and wage questions. To fight for the land, wage and dignity of Dalits, and the urgent task to put a robust resistance against the shameful gangrapes and the sexual exploitation of Dalit women. There is an urgent need for a principled joint front of Dalit organizations, the women’s movement, the democratic rights movement and the political left. This principled joint front should be based on mutual respect for each other, which also includes respecting for each other’s politics and worldviews. The Ambedkarites just cannot go on ranting against Marxists, while blaming them of not understanding the caste issue. They should seriously read the literature on caste question by the political left and the political left also should seriously engage with the writings of Ambedkar.

And finally, going by the politics and political economy of knowledge production and consumption, I would like to clearly state that if the weberian/dumontion/subaltern/post-colonial/Ambedkarite versions of the caste system have a democratic right to represent the ‘truth’. Going by the same democratic principle of “truth claims”. We Marxists have the equal democratic right to weave a Marxist narrative of ethno politics and caste question. Hira Singh’s just published book is an important intervention in this endeavor. I strongly recommend it for anyone who tries to understand the caste question in India.

Email: asit1917@gmail.com
Blog: www.stormingthewinterpalace.blogspot.com
Posted by Palash Biswas at 11:31 AM No comments: 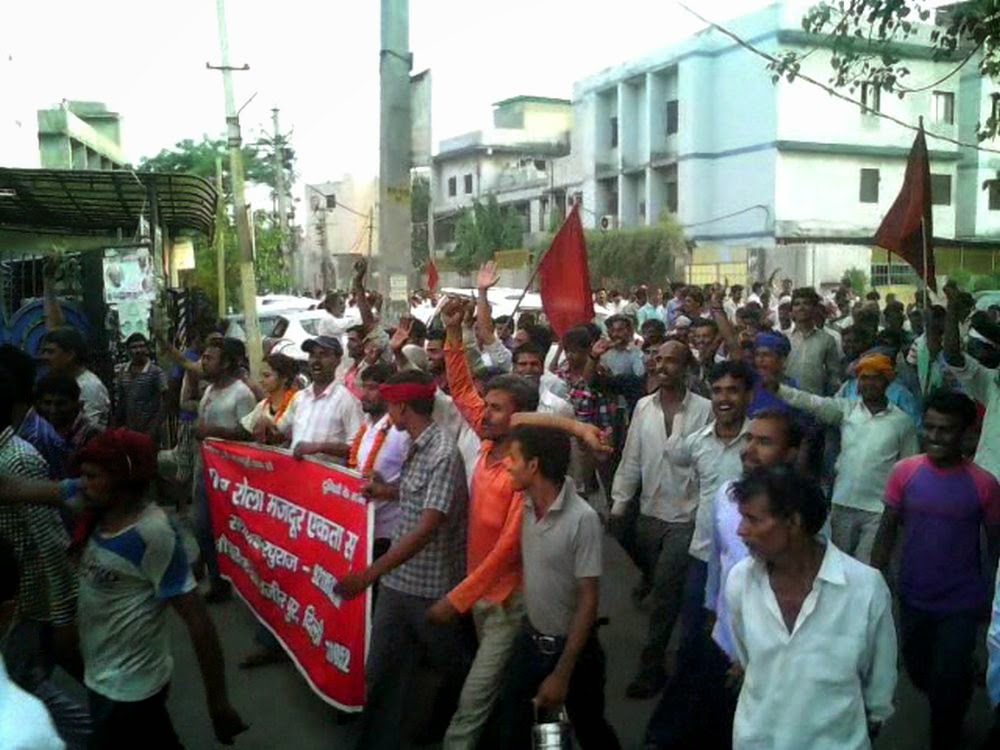 Posted by Palash Biswas at 11:29 AM No comments:

End of Misrule by Coterie: West Bengal in Political Cross-road? A K Biswas

End of Misrule by Coterie: West Bengal in Political Cross-road?

A K Biswas
Part I
Caste Matters
Caste is perhaps comparable only to poison and/or cancer. Both are too dreadful until and unless urgently cured by strong intervention in time. But caste has no antidote. India is the home of caste, ordained by scriptures and preached by venerable sages and saints over ages, poisoning the mind and body of everybody—sufferer or beneficiary—professing Hinduism. A section of Goebblesian publicists and propa-gandists want the lay countrymen to believe that caste is dying out, if not already dead. Those who have fallen for such gimmicks have been deluded and the cost has been enormous in terms of social peace, happiness and self-esteem. Bengal has been in the frontline with high-decibel claim that caste has ceased to exist there. The propagandists, mainly drawn from a minority section, have ulterior motives to benefit politically as well as socially. Their approach, briefly, is mollifying, language refined and intonation dignified to deceive the illiterate, unsuspecting, and credulous masses.
The dynamics of caste has to be understood by demonstrating untouchability, deprivation and discrimination there alongside provinces, such as, Bihar and Orissa, which a section of Bengalis regard as caste-ridden. An ordinary Bihari or Oriya perhaps is unware that his blessed neighbour Bengal had, according to the 1911 census, returned a larger percentage of untouchables than in his own province. Further, the proportion of people denied access to Hindu temples was more in Bengal than in Bihar and Orissa. Table-1 shows the ground realities of caste dynamics in two provinces.1