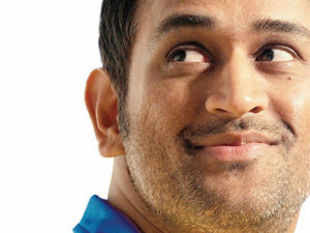 Despite leading India to a Champions Trophy win, the majority of Indians polled in an ET Magazine-Ipsos survey are in no mood to forget his non-cricketing interests.

Indian cricket captains about to leave on an overseas tour usually face predictable questions — about the team's preparations, composition, chances and the like — at the customary presser before departure. But the farewell accorded to Mahendra Singh Dhoniby journalists on May 29 as he prepared to leave for England for the Champions Trophy was radically different from the past.  At least four questions thrown at Dhoni were linked to betting and spot fixing, in which specific parts of a match are rigged, after allegations of such chicanery had surfaced for the second time in two seasons in the Indian Premier Trophy (IPL). If these questions were disconcerting, Dhoni didn't show it. He ducked all of them, with more finesse that he would a bouncer from Dale Steyn. Yet, he couldn't have been faulted for running to catch the plane to England. The cold, dreary English conditions that awaited him seemed pleasant all of a sudden. Back home, the 'heat' was about to rise several notches. Four days later, The Economic Times reported that Rhiti Sports Management, set up by Arun Pandey, a confidante of Dhoni, manages the Indian captain as well as teammates such as Suresh Raina, Ravindra Jadeja and Pragyan Ojha. ET investigations revealed that Dhoni bought a 15% stake in the sports management and marketing firm earlier this year, raising questions of propriety and conflict of interest.

Two instances of unseemly conduct were exposed. One relates to Dhoni's dual positions as part owner — Rhiti clarified that Dhoni currently has no stake — and as captain who has a say in team selection. The second relates to Dhoni's role as captain of IPL franchiseChennai Super Kings (CSK), in which he, Raina and Jadeja are again colleagues.