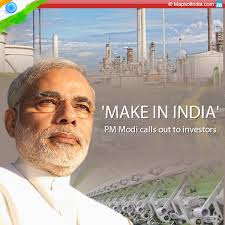 We, the undersigned women's organizations and other concerned groups, convey our greetings on the occasion of 8th March, Women's Day. This day has been celebrated for more than a hundred years to commemorate the women's movement's struggles for equality, justice and peace across almost all countries of the world.

On this memorable occasion, we are aware that you and your colleagues will be making speeches and statements to indicate how much this nation values the contribution of its women to the country's progress. We expect that many will praise women as mothers, caring family members and hard workers; we hope some will acknowledge the diverse struggles of women everywhere in securing freedom from violence and ensuring peace.

We appreciate your earlier efforts to promote the value of daughters and encourage education for the girl child. We therefore look forward to more announcements from you this year that will indicate just how much this nation, and your government, shows appreciation for the women of this country. We would especially like to draw your attention to women's work that produces food, goods, services, and care for the household as well as children who will be the future workforce of India; yet women's care work continues to remain invisible, unsupported and unshared. You must have noticed how everywhere women work simultaneously in fields, forests, water bodies, and at home; providing water, fuel, fodder, cooking, cleaning, caring of children, sick, elderly, yet they are often unpaid and sometimes get much lesser wages than men on farms, work sites, factories, and markets. In fact unpaid care and household work by women, even though it is ten times as much as men, remains unrecognized and unaccounted for in the System of National Accounts (SNA).

The McKinsey report (The Power of Parity, 2015) points out how thegender gap in employment is exacerbated by unfair conditions for working women who become pregnant. In India 95% women workers are in the informal and unorganized sector and do not receive any wage compensation during pregnancy and after childbirth, although we expect them to rest, gain weight, improve their own health and then provide the baby with exclusive breastfeeding for six months. The Economic Survey of India 2016 (Ministry of Finance, Government of India) points out that '42.2% Indian women begin pregnancy too thin and do not gain enough weight during pregnancy' and recommends that 'some of the highest economic returns to public investment in human capital in India lie in maternal and early life health and nutrition interventions.'

Sir, on the occasion of Women's Day we would earnestly request you to announce some substantial entitlements for women that would show very tangibly how much this country values women's contribution to society and their families: as workers, as mothers and as valuable members of communities.

I.        At the very least, we expect your leadership in immediate implementation of the National Food Security Act 2013, within which:

a.    The Central Scheme for Maternity Entitlements should immediately be up-scaled from its pilot phase into at least 200 high-priority districts especially including those with a larger proportion of tribal (ST) population. The universal guarantee of at least Rs. 6000/- is only to be read as a beginning, and it should subsequently be rationalised as wage compensation.

b.    Maternity entitlements in all sectors must be universal and unconditional, and not linked to the number of children or age of the woman, as that is fundamentally discriminatory to both women and children.

c.    Supplementary nutrition through locally prepared foods – preferably hot cooked meals to be supplied to all pregnant and lactating women at the local Angawadicentre. The money invested for such a meal is highly inadequate currently under the ICDS program, leading to poor quality and quantity of the supplementary nutrition

d.    The public distribution system must provide universal access to 10 kgs of cereals, I kg of pulses and 1 kg of oil rations under the NFSA.

a.    The progressive realisation of nine months of maternity leave (three months before childbirth to six months after) with full compensation of wages for all women, calculated at least according to minimum wages at prevalent rates. This revision of the Maternity Benefits Act (1961) should recognise women's work in all spheres, markets, domestic, for care and reproduction and subsistence; and guarantee maternity entitlements to all pregnant women, adoptive parent(s), surrogate mothers etc withoutdiscrimination.

b.    Large scale campaigns that call upon men to increase their contribution to care work and domestic chores, and reduce the burden on women.

c.    Creche and breastfeeding facilities at every work place and community (through Anganwadi-cum-creches) to be made mandatory to ensure women can continue to work and care for the infant.

d.    Financial resources for maternity entitlements and crèches should come from all economic activities in the country  as a state obligation to ensure entitlements and services, since reproduction is a social function which benefits the family, society and the nation

Sir, on the occasion of Women's Day, while paying compliments and appreciating the role of women, we are sure the government would want to change the embarrassingly inadequate allocation of 400 crores for Maternity Entitlements against the requirement of 15000 crore annually.  We urge you to translate rhetoric into action by allocating resources for social security in maternity, and acknowledging unpaid reproductive work done by women in this country, even as you greet them on this Women's Day.

Also endorsed by the following 135 organizations and individuals from across India:

--
Pl see my blogs;
http://ambedkaractions.blogspot.in/
http://palashscape.blogspot.in/
Feel free -- and I request you -- to forward this newsletter to your lists and friends!
Posted by Palash Biswas at 10:38 AM