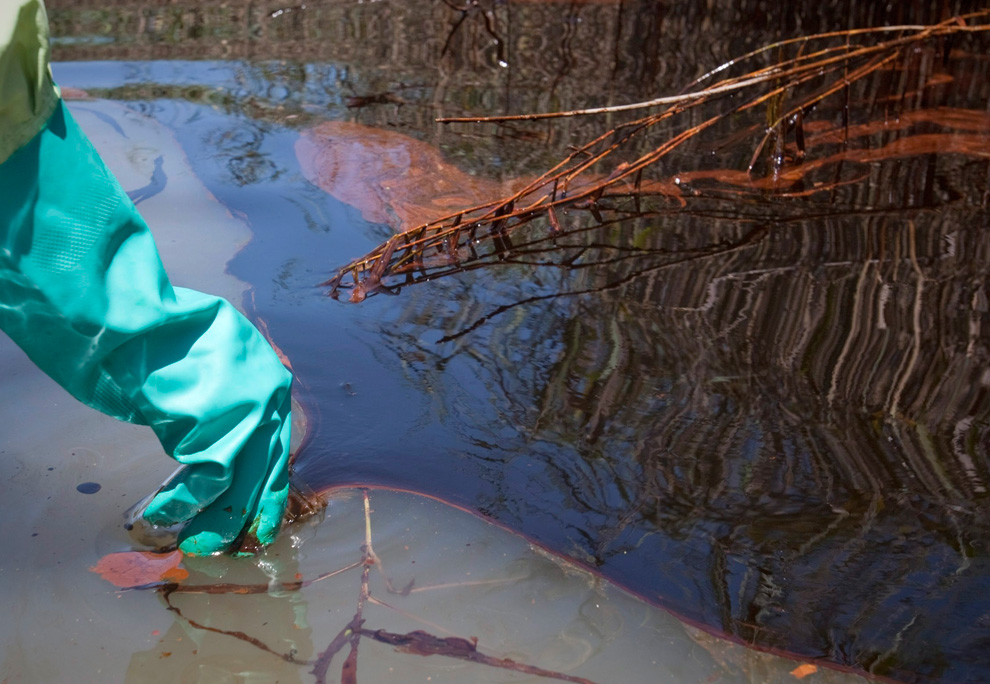 Maura Wood, Senior Program Manager of Coastal Louisiana Restoration for the National Wildlife Federation takes a sample of water in a heavily oiled marsh near Pass a Loutre, Louisiana on May 20, 2010. (REUTERS/Lee Celano) 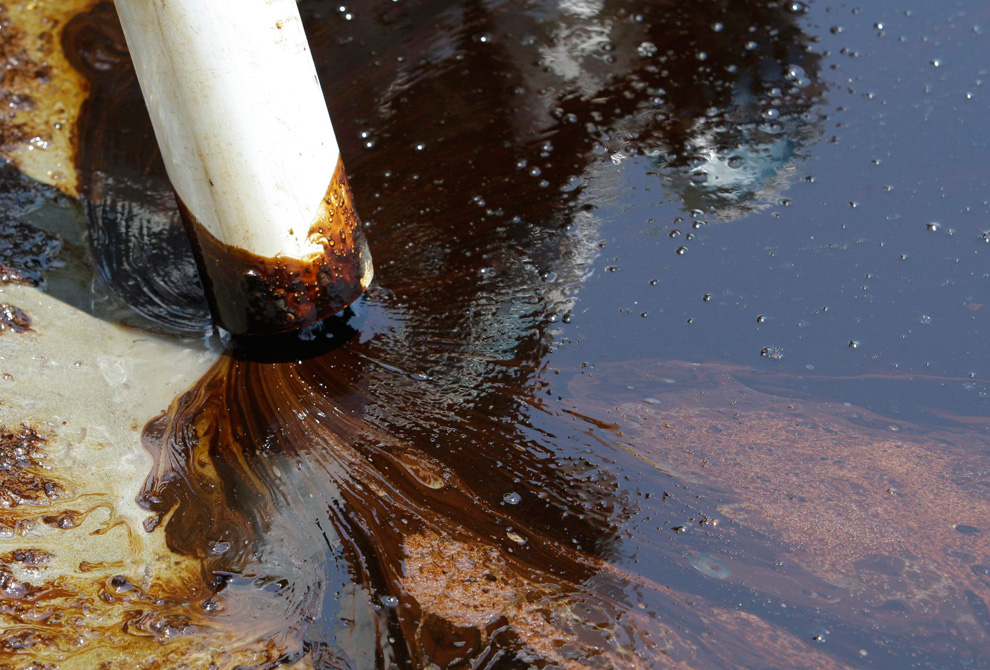 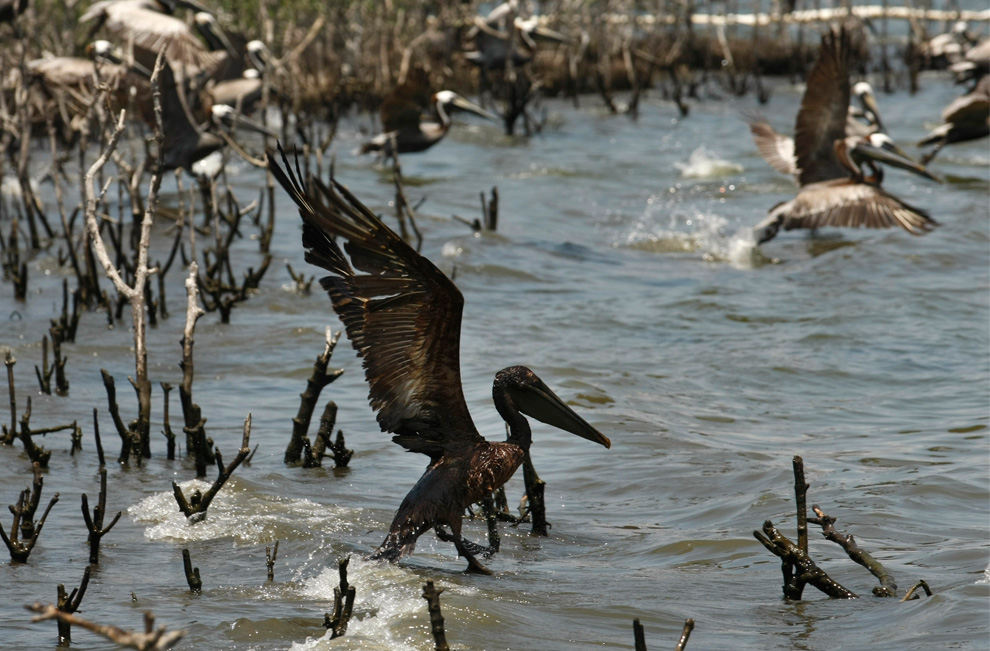 An oil-soaked pelican takes flight after Louisiana Fish and Wildlife employees tried to corral him on an island in Barataria Bay on Sunday, May 23, 2010. (AP Photo/Gerald Herbert) 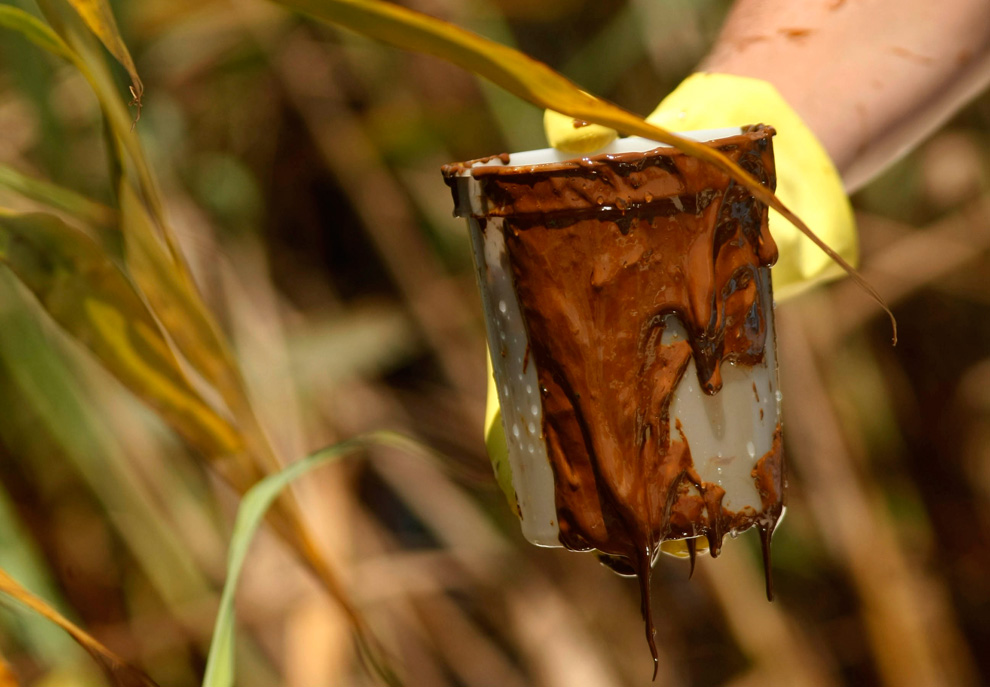 Oil is scooped out of a marsh impacted by the Deepwater Horizon Oil Spill in Redfish Bay along the coast of Louisiana, Saturday, May 22, 2010. (AP Photo/Gerald Herbert) 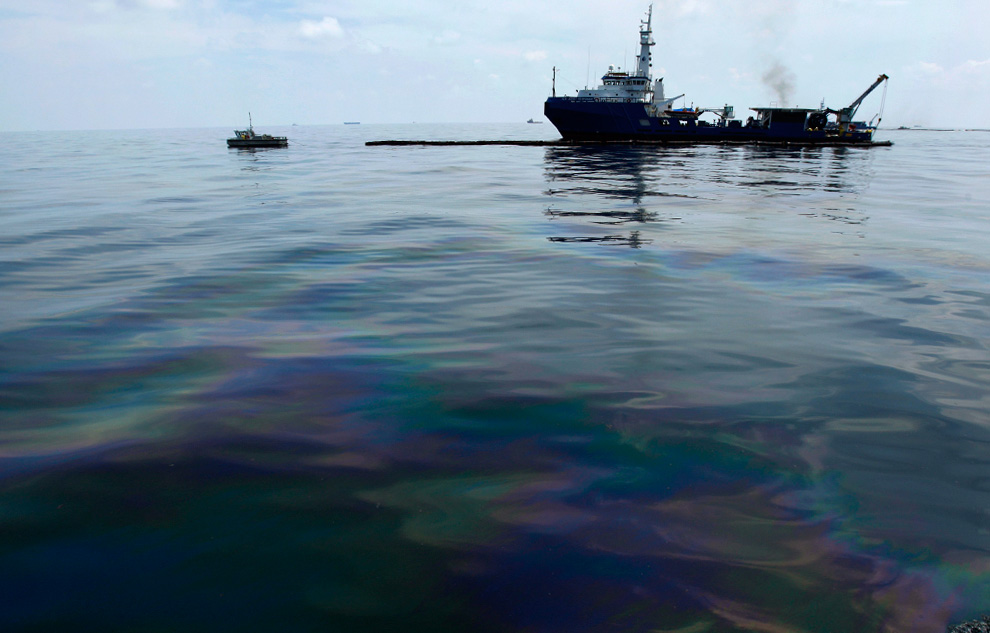 A sheen of oil sits on the surface of the Gulf of Mexico close to the site of the BP oil spill as a boat uses a containment boom to gather the oil to be burned off approximately 42 miles off the coast of Louisiana May 18, 2010 (REUTERS/Hans Deryk) 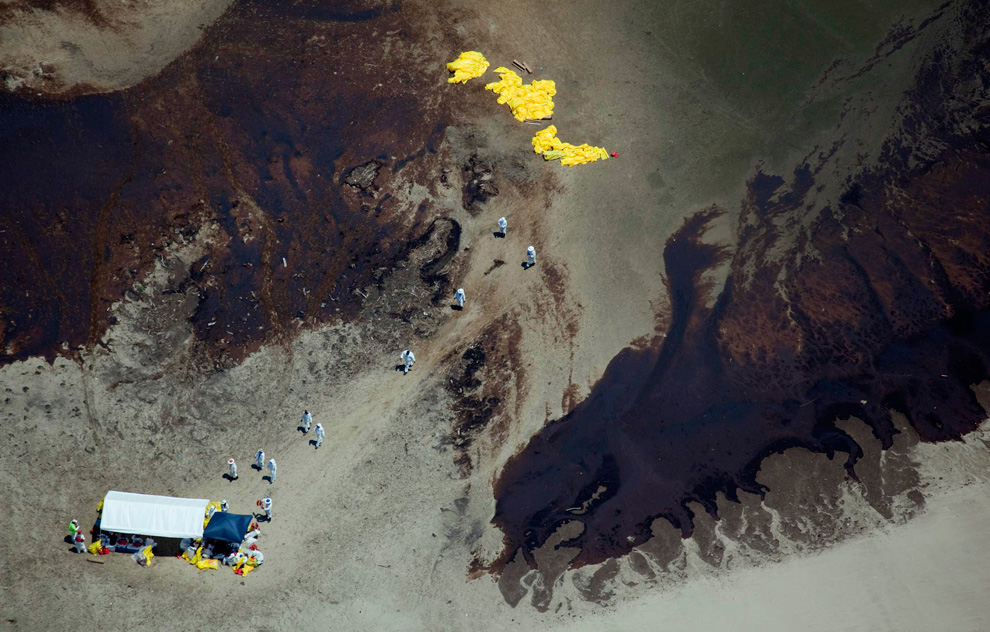 Crews try to clean an island covered in oil on the south part of East Bay May 23, 2010. (REUTERS/Daniel Beltra/Greenpeace) 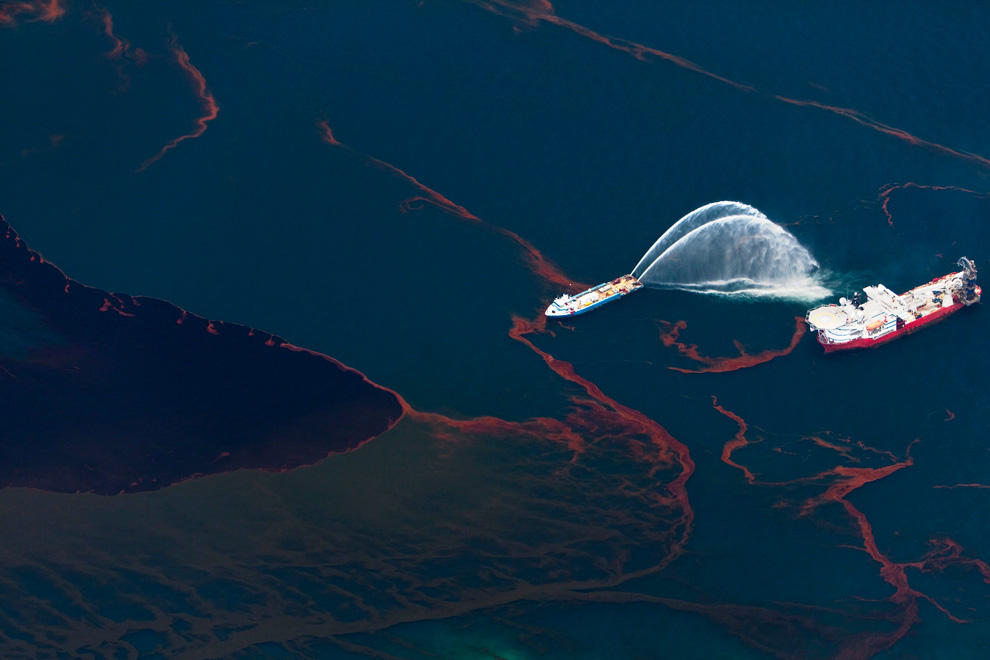 A ship maneuvers and sprays water near a rig in heavy surface oil in this aerial view over the Gulf of Mexico May 18, 2010, as oil continues to leak from the Deepwater Horizon wellhead. (REUTERS/Daniel Beltra/Greenpeace) 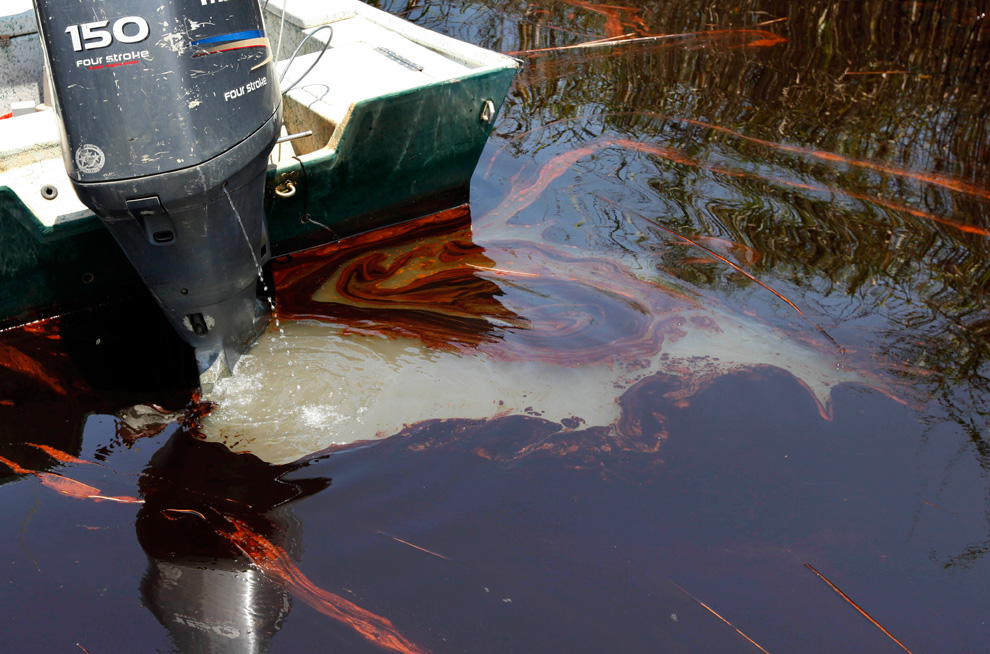 Posted by Palash Biswas at 7:52 AM