Fwd: Poorest people bail out some of the richest - Manmohan Singh has made India a Superpower! 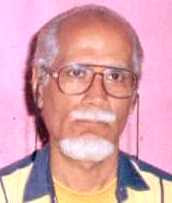 Editor & Publisher:
www.Wonder-Cures.com
www.Nutritionist-No-1.com
www.Top-Nut.com    Top Nutritionist
www.SindhiKalakar.com
----- Original Message -----
From: Sankara Narayanan
To: IHRO ; bharat-chintan
Cc: group ; chhattisgarh-net ; Samukhya
Sent: 21 Jun 2012 9:48 AM
Subject: Re: The poorest people in the world bail out some of the richest
At least one Nero fiddles:

http://newindianexpress.com/editorials/article547013.ece
PM's bailout pledge for Europe is shocking
By The New Indian Express
21st June 2012 12:08 AM

The $10 billion (Rs 56,000 crore) bailout announced by Prime Minister Manmohan Singh for the Eurozone defaulters Greece, Spain and Italy at the G-20 summit in Europe is a cruel joke on the Indian tax payer who has been reeling under the onslaught of inflation. This is hardly the time for such a show of generosity when the Indian economy itself is facing a slowdown that could get worse with time. Industrial growth was at an abysmal 0.1 per cent in April last while agricultural growth continues to be sluggish.

The country has reserves of $290 billion which are by no means princely, while fiscal deficit is expected to surge to 6 per cent of GDP or about $100 billion. In quick succession Standard & Poor's and another global rating agency Fitch have sounded the alarm bells for India, downgrading its rating outlook. At such a time when India should be tightening its belt and kickstarting economic reforms comes the Prime Minister's liberal package to bail the Europeans out of a crisis of their own making. Significantly, Europe has never been known to help India in times of crisis.

In a bid to stave off criticism, Secretary in the department of economic affairs R. Gopalan subsequently clarified that India may not be called upon to inject the money it has committed to the International Monetary Fund for bailing out debt-wrecked Eurozone if the global economic situation improves. But there is little prospect of Eurozone economies recovering if they continue to depend on bailouts, don't cut their expenses drastically and don't take to the growth path. The Greek economy which is the worst-hit, has been contracting every year since 2008, with almost a quarter of its workforce now unemployed.

While the Prime Minister has shown his generosity to the world leaders, he must seek the approval of Parliament before India signs the cheque to the IMF. Manmohan Singh cannot have a carte blanche. He must ultimately explain to the people how he committed such a large amount at a time of economic hardship for the country.
On Wed, Jun 20, 2012 at 8:38 AM, Sankara Narayanan <psn.1946@gmail.com> wrote:

Exhorting Europe's leaders to do more to pull their continent out of crisis, Prime Minister Manmohan Singh told the G-20 summit on Tuesday that India would contribute $ 10 billion to the International Monetary Fund's $ 430-billion firewall to the eurozone. Dr. Singh also took the G-20 to task, warning that its agenda "is getting overburdened."

"We need to refocus on a few goals rather than dissipating energies on too many fronts. The IMF has a critical supportive role to play in stabilising the eurozone. All members must help the Fund to play this role," he said.

"A crisis in the European banking system can choke trade finance quite quickly, and end up choking economic growth not just in the eurozone but in the world in general," he said.

The G-20, he told the gathered leaders whose countries account for 80 per cent of global GDP, had to send "a strong signal to the markets that the eurozone countries will make every effort to protect the banking systems and the global community will back a credible eurozone effort and response." But Europe would have to do its bit too, he said.

The Prime Minister, perhaps relishing the reversal of roles in sermonising by Europe to the developing countries, rubbed in the message saying "… liquidity must be provided in parallel with effective adjustment programmes that ensure an early return to debt sustainability."

In a pointed message to Germany, he said: "Austerity in the debt-ridden members of the eurozone can work only if surplus members are willing to expand to offset contraction elsewhere in the currency area."

Posted by Palash Biswas at 6:37 AM