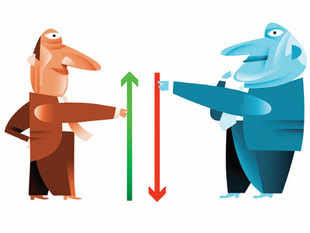 The principal reason for exports being overstated by $8.8 billion was the customs dept's shift to a new computer system.


Indian officials were surprised, as the export-import data maintained by Kolkata-based Directorate General of Commercial Intelligence and Statistics (DGCI&S), an arm that comes under Sharma's ministry, showed zero export of petroleum products to Mauritius between August and October 2012.

Back in Delhi, Udyog Bhawan officials probed a little further. It was only then that they figured out thatMangalore Refinery and PetrochemicalsBSE -0.42 %Limited, a subsidiary of ONGCBSE 0.84 %, did export petro products to the island nation. How could then such a grave error crop up in the first place?

This is hardly an isolated incident. In the past few years, senior bureaucrats and even ministers such as then finance minister Pranab Mukherjee have been quite publicly embarrassed by a series of errors in keyeconomic data such as GDP, Index of Industrial Production (IIP) and exports.

In many of these cases, initial estimates of data were announced, only to be revised downward subsequently. While there are perfectly acceptable reasons for economic data to be revised down (or up) after they are released, it is the scale of the revisions that has been disturbing.

The IIP growth for January 2012 for instance was revised down from 6.8% to 1.1%. Export data for April-October 2011 was revised down by a whopping $8.8 billion. GDP growth for the last quarter of 2008-09 was revised down in later months to 3.5% from 5.9%, thus revealing that India was far worse hit by the global financial crisis than had previously been imagined.

This month, cabinet secretary Ajit Kumar Seth called both revenue and commerce secretaries to his office to fix specific issues with the export data. In December, the parliamentary standing committee on finance, in a report on the ministry of statistics, slammed the department for numerous glitches. And while there are numerous reasons for data glitches and errors, there is one glaring cause — in government, the right hand often does not know what the left hand is up to.

Each export consignment generates an individual bill, and bunches of bills are collected into daily returns, which is what the DGCI&S compiles into export data. But this is a deceptively simply process.

Take the way the bills are actually moved from customs offices throughout the country to Kolkata. Shipping bills amounting to 58% of exports are cleared completely electronically. But till as late as 2010, more than a tenth of the value of exports was sent manually, in a typed format and had to be entered into computer systems by hand at the DGCI&S.