Budget 2013: Government’s strained finances will be one of biggest problems!Government to offload equity in HCL, 2 other PSUs in April-June.

Budget 2013: Government's strained finances will be one of biggest problems 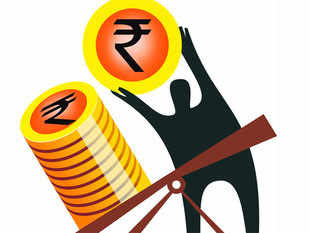 When finance minister P Chidambaram presents Budget 2013 next week, the govt's strained finances will be one of the biggest problems facing him.

When finance minister P Chidambaram presents the Budget next week, the government's strained finances will be one the biggest problems facing him. That's ironic, considering that 10 years ago Parliament had passed a major reform intended to fix just that problem.


The measure in 2003 came at the end of well over a decade and more of hand-wringing over the burgeoning deficit (see chart given below) which fluctuated but remained around 5-6%. To fix this problem, and ensure that the deficit came down gradually over time, Parliament passed the Fiscal Responsibility and Budget Management (FRBM) Act, 2003. It required the government to gradually reduce the deficit to 3% ofGDP by 2009. The revenue deficit, which covers expenditures that don't lead to the creation of assets, was to go to zero by then (from over 4% of GDP in 2002-03).

Since, then the fiscal deficit has come full circle, back within the ballpark range it was a decade ago. In the interim, it dived to a now-wondrous 2.5% of GDP in 2007-08 before doubling again, and then some. When did it all start to go so wrong? That's easy to answer — almost from year one.

Down, Then Back Up

The problems weren't immediately obvious — at least if you weren't looking too closely. As if by clockwork, the deficits started to decline the year after the FRBM came into operation. The new reform may well had something to do with the decline in deficits, but this was also a period of high growth, which led to much better tax revenues, thereby helping plug the fiscal gap.

But even during this period, there were enough signs of what was going wrong. About a year after the FRBM Act was passed, and just before it was to be implemented, IMF economists Ricardo Hausmann and Catriona Purfield in a paper on the FRBM Act said: "The FRBM increases the incentives for the strategic use of estimates and for creative accounting."

In the corporate world, one of the ways to hide ugly numbers from the prying eyes of investors is simply to move borrowings, or other costs, off the balance sheet (as Enron did). The government version of this was to route subsidies to oil companies for selling fuel below cost, by issuing bonds to them rather than giving them cash. These bonds were excluded from the government's definition of the deficit, which helped lower it. Issuing such bonds were not a new tactic but the practice gathered pace during the mid 2000s.

Budget 2013: Government to offload equity in HCL, 2 other PSUs in April-June

0.55 (0.72%)
Vol:2757860 shares traded
Prices|Financials|Company Info|Reports
NEW DELHI: Seeking to avoid bunching of PSU stake sales towards the end of this fiscal, government has decided to kick off disinvestment programme in the April-June quarter of 2013-14 by offloading equity inHindustan CopperBSE 0.04 % (HCL), THDCIL and NEEPCO.

"Draft CCEA note has been moved for inter-ministerial comments for 10 per cent stake sale in THDCIL and NEEPCO. These are small issues and to be pushed for the first quarter itself," official sources said.

The government has already identified around 20 companies for stake sale and sources said that 2013-14 budget is likely to fix disinvestment mop-up at Rs 40,000 crore.

"Work has already started for disinvestment in next fiscal. Officials of the Disinvestment Department have started meeting the administrative ministries to decide on future course of action," the source said.

Amongst the companies which have been identified for disinvestment next fiscal include Engineers India LtdBSE -1.57 % (EIL), Coal IndiaBSE -2.31 %, Indian Oil, PGCIL and NHPCBSE 1.22 %.

Apart from this, Cabinet approval has already been accorded for disinvestment in BhelBSE -0.82 %, Neyveli LigniteBSE 0.00 %, Hindustan Aeronautics.

Also, the second tranche of HCL stake sale is likely in the April-June quarter. The government had divested 5.58 per cent stake in HCL in the first tranche that happened in November last year.

The government had fixed Rs 30,000 crore as disinvestment target for the current fiscal. So far it has been able to realise Rs 21,504 crore through stake sale in five companies.

Four more companies -- SAILBSE 0.72 %, NALCO, MMTCBSE -2.06 % and Rashtriya Chemical and Fertilisers -- are in the government list for stake sale in the current fiscal.
http://economictimes.indiatimes.com/news/economy/finance/budget-2013-government-to-offload-equity-in-hcl-2-other-psus-in-april-june/articleshow/18655127.cms