Israeli Soldiers Shot Hundreds of Palestinian Children with Live Ammunition: The Devastating Impact of Life After an Injury

Israeli Soldiers Shot Hundreds of Palestinian Children with Live Ammunition: The Devastating Impact of Life After an Injury 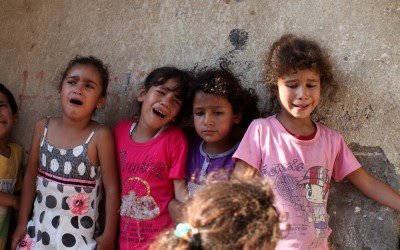 "Before I was shot I did not bother anyone or get angry with anybody," says Basel Kamal Safi from Deir Ammar refugee camp, near Ramallah in the occupied West Bank.

He was just 17 when an Israeli soldier shot him with live ammunition.

"Now I get angry because of the pain, especially when someone accidentally touches my injury," he says in the short video below.

It is one of two videos published recently by Defense for Children International–Palestine (DCI-Palestine), highlighting the experiences of children shot by Israeli occupation forces with live ammunition.

The second video, below, features Fadel Abu Odwan, a 14-year-old in Gaza whose injury will leave him unable to have children.

Another 299 children sustained gunshot injuries, according to data from the UN Office for the Coordination of Humanitarian Affairs.

The Israeli military's own regulations say that live ammunition must only be used in circumstances where a soldier is in direct, mortal danger.

But B'Tselem says that just this year it "has documented dozens of cases in the Ramallah area of the West Bank in which Palestinians were injured, some severely, by live ammunition fired by Israeli security forces."

The group says that "the large number of persons injured and the types of injury, indicates that live ammunition was used against demonstrators even when security forces were not in mortal danger."

But even in the gravest of cases, where Palestinian children are killed or permanently disabled, perpetrators are rarely brought to justice, DCI-Palestine notes.

In such cases too, occupation forces continue to enjoy impunity.

On 4 December 2014, Basel Kamal Safi found himself in the midst of confrontations between Israeli occupation forces and Palestinian youths in the village of Beitillu in the West Bank.

Basel was hit with a live bullet on his left side, which lodged in his back.

This led to two surgeries, and now Basel must use a wheelchair to get around.

Bullet fragments scattered throughout Basel's lower abdomen, fracturing his pelvis and part of his spine.

The shrapnel, which cannot be removed, causes him pain, and he experiences nightmares. He is dependent on family members to help him move around.

Basel can no longer help his father's work to support the family.

As of the time the video was published in May, Israeli occupation forces had denied the permits requested by the family to take their son to al-Maqasid hospital in Jerusalem for treatment.

No Israeli soldier has been charged with any crime for his shooting.

"I wish I could go back in time and be the same boy I used to be," says Fadel Abu Odwan. "They've ruined my life."

The 11-year-old was shot in the groin by Israeli soldiers deployed near the Israel-Gaza border fence, near his village of Shokat in southern Gaza, on 21 February 2014.

"They left me there bleeding for about four hours," Fadel recalls, "with dogs trying to attack me."

Doctors placed him in intensive care before transferring him to surgery to extract the bullet lodged in his thigh and remove his testicles.

More than a year later, the shooting has had a devastating impact on his life.

He still has nightmares: "I dream of dogs coming to get me and eat me." Other children, he says, can be cruel to him because of his injury.

Fadel's mother Aisha says her son has lost all motivation to study and gets into trouble.

"He won't be able to have children," she says.

"Fadel needs therapy," Aisha says, "but I don't know from where to get it."

-- http://www.globalresearch.ca/israeli-soldiers-shot-hundreds-of-palestinian-children-with-live-ammunition-the-devastating-impact-of-life-after-an-injury/5465229
Pl see my blogs;
http://ambedkaractions.blogspot.in/
http://palashscape.blogspot.in/
Feel free -- and I request you -- to forward this newsletter to your lists and friends!
Posted by Palash Biswas at 8:47 AM