Thanks Mamata Banerjee that you stand against Fascism at last irrespective of your politics,Welcome! Palash Biswas

Thanks Mamata Banerjee that you stand against Fascism at last irrespective of your politics,Welcome!
Palash Biswas 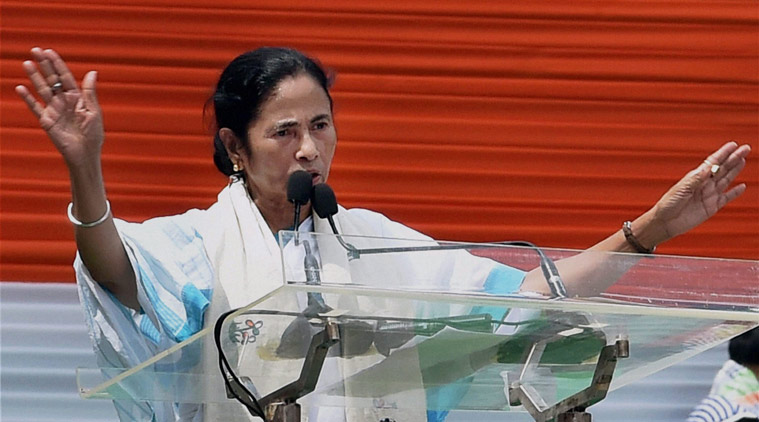 West Bengal Chief Minister Mamata Banerjee (Source: PTI) - See more at: http://indianexpress.com/article/india/india-news-india/re-elect-nitish-kumar-as-bihar-cm-for-states-development-mamata-banerjee/#sthash.OVluVz5k.dpuf
No way! Whoever is concerned with humanity, religion, faith, pluralism, diversity, equality and justice,pluralism and diversity on this Bharat Tirth where so many streams of humanities merged and it makes India and us,the Humanity across borders,has no way to escape.


You have to stand against fascism which set ablaze the Nation,humanity,nature and civilization ablaze!


you might have your own politics! I damn care about politics and political equations or political correctness!I have nothing to do with politics that which is reduced to strategic marketing of foreign capital and foreign interest.


As religion has nothing to with faith,humanity and civilization it is all about to bid the Nation and national resources on sale and the business friendly governance is all about the governance of fascism that kill indigenous,aborigine and agrarian India along with business,industries,job and livelihood!


Thanks Mamata Banerjee that you have chosen the most right highway to reach the heart and mind of humanity and nature beyond borders!
Indian Express reports:

“Request you all in Bihar to please vote to re-elect Nitish Kumar ji as CM for greater need of our country & development in State,” Mamata tweeted.

West Bengal Chief Minister Mamata Banerjee on Sunday urged the people of Bihar to vote for Nitish Kumar “for the greater need of the country and development of the state”.
While Mamata has supported Nitish in the past, this is her first public endorsement of the JD(U) leader for the Bihar elections.


“Request you all in Bihar to please vote to re-elect Nitish Kumar ji as CM for greater need of our country & development in State,” Mamata tweeted, ahead of the third phase of polling in Bihar on October 28.


Her statement could prove crucial for the Maha Gathbandhan (Grand Alliance), which is fighting a tough battle against the BJP in Bihar.


There is a significant Bengali population settled in the state. Mamata’s hint at “greater need of our country” is also being seen as directed against the BJP.


It is not a belated statement. Rather, she is striking the iron when it is hot. Somewhere, the feeling of Nitish Kumar becoming the nucleus of anti-Modi politics is emerging and dawning on the anti-BJP camp. We are confident of the Grand Alliance’s victory. Once we trounce them, CMs of non-BJP parties would have all the more reasons to look up to Nitish Kumar.”


Anwar added that what Mamata meant by “greater need” was the BJP not adhering to principles of federalism, and said it showed the need for state governments to unite. “Nitishji has been also vouching for special category status, which speaks for several other states, including West Bengal.”


“Whether it is the appeal of Barack Obama or Mamata Banerjee, there will be no bearing on Bihar voters, who have decided to cast their votes in favour of the NDA.”


About Nitish emerging as the nucleus of anti-BJP politics, Modi said, “These people cannot stay together. What happened in the case of Mulayam Singh Yadav? They cannot stick together for two days. Mamata rallying behind Nitish should not be read into too much in context of Bihar or country. We are going to sweep the polls.”


Two of the five phases of polling in Bihar have been held and three remain, including on October 28, November 1 and 5. Counting will be held on November 8. Senior Trinamool leaders refused to comment on the political implications of the tweet - See more at: http://indianexpress.com/article/india/india-news-india/re-elect-nitish-kumar-as-bihar-cm-for-states-development-mamata-banerjee/#sthash.OVluVz5k.dpuf