INTERVIEW ‘The UN Resolution Is A Misplaced Initiative’ The Sri Lankan high commissioner on the agitation in Tamil Nadu and the future of Indo-Lankan relations. PRANAY SHARMA INTERVIEWS PRASAD KARIYAWASAM 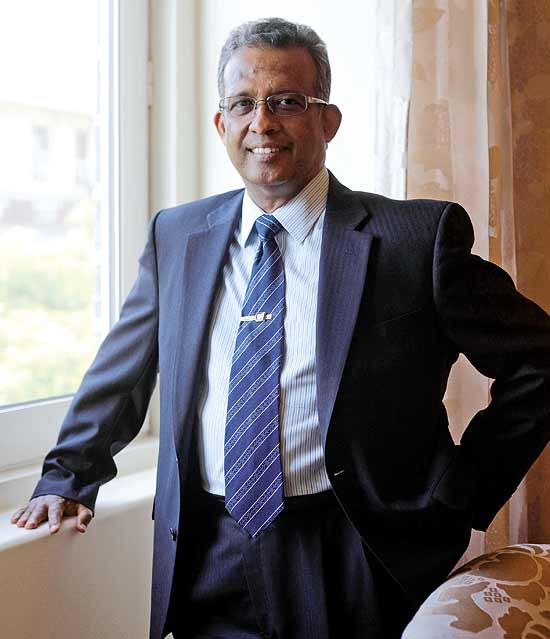 APOORVA SALKADE
INTERVIEW
'The UN Resolution Is A Misplaced Initiative'
The Sri Lankan high commissioner on the agitation in Tamil Nadu and the future of Indo-Lankan relations.
PRANAY SHARMA INTERVIEWS PRASAD KARIYAWASAM

In his college days, Prasad Kariyawasam, Sri Lanka's high commissioner to New Delhi, was a promising cricketer. But in the turning track of Indian politics, the 59-year-old diplomat had to summon all his diplomatic and cricketing skill to play with a straight bat. In the wake of India's vote against Sri Lanka in Geneva, he speaks to Pranay Sharma on the agitation in Tamil Nadu and the future of Indo-Lankan relations.

The Sri Lankan issue has created a political crisis in India. How do you see it?

This is very unfortunate. The root-cause of this crisis is extra-regional and nothing to do with our region. It's because of a resolution by the US at the Human Rights Council in Geneva. In our view that initiative, both in substance and procedure, is uncalled for because it is not going to help the ground situation in Sri Lanka. In terms of rehabilitation and reconstruction we have gone far ahead. We have achieved a lot which has in fact been acknowledged by the international community. But we do understand that in terms of the reconciliation process we still have several objectives to achieve.

But how do you see the ongoing crisis in India?

It shouldn't have happened. Sri Lanka is a friend of India and also of Tamil Nadu. But leaders in Tamil Nadu seem to be misinformed and to have misunderstood the ground situation in our country.

Both the resolutions at UN and the one in the Indian parliament raise serious questions about Sri Lanka's human rights records. How justified are they?

I think most of the concerns could be discussed and addressed bilaterally. India is our closest neighbour and we are willing to discuss all issues bilaterally with India. But we don't welcome 'megaphone diplomacy.' We welcome consultation in a constructive way. However, efforts that aim at naming-and-shaming Sri Lanka at any forum is something we don't welcome.

You think that is what is happening?

In Geneva at least it is 'megaphone diplomacy' that is on and it is being done with the aim of naming-and-shaming Sri Lanka.

We don't recognize this resolution. We think it is a misplaced initiative and it is already having a negative reaction in Sri Lanka and vitiating the atmosphere for us to go forward in our agenda of reconciliation and also in promoting human rights.

The India-Sri Lanka relationship is very old and robust. If India votes against Sri Lanka there will be disappointment and frustration in Sri Lanka naturally. But these are temporary setbacks in our long-term, close and friendly relations.

How do you see DMK's contention that during the final phase of the war genocide had taken place in Sri Lanka?

I have not found anyone in the Indian government using that term. But I have heard some Tamil Nadu political parties using that word. It is very unfortunate that those who assert the word 'genocide' have neither studied the situation in Sri Lanka properly nor studied the definition of the term carefully.

Why do you think the DMK is making such a serious charge against Sri Lanka?

Now that's an area for the DMK to explain. We have invited the DMK leaders as well as all Tamil Nadu leaders to visit Sri Lanka and discuss their concerns with us. Issues that concern us can be discussed and addressed by us together. To take issues to international fora is not required.

DMK is an important political party which till recently was part of the UPA coalition in Delhi. Therefore what it says does have an impact?

Obviously yes, we can see that. May be that's the reason why Sri Lanka has been in the headlines in India for the past days. For us this is unfortunate because we don't think the Sri Lankan situation deserves this kind of a critical analysis.

How do you see the widespread anti-Sri Lanka agitation in Tamil Nadu which also has the ruling AIADMK's support?

There are some Sri Lankan Tamil groups who live in western countries and were earlier supporters of the LTTE. They continue to harbour a separatist agenda and have been lobbying in Tamil Nadu and in Delhi, spreading misinformation about the ground situation in Sri Lanka. They work with TV stations and have managed to get some individuals in the western world to come up with concocted TV footage and photographs to bring disrepute to Sri Lanka.

Karunanidhi and Jayalalitha are veteran politicians, you think they will fall for something that is totally concocted without verifying?

You will have to ask them whether they had verified it.

So you are trying to say that the entire thing has been enacted elsewhere?

There could be some elements that came out of Sri Lanka but the series – the documentary was not produced in Sri Lanka but elsewhere by those who have never seen the ground situation in Sri Lanka. So we reject that footage. 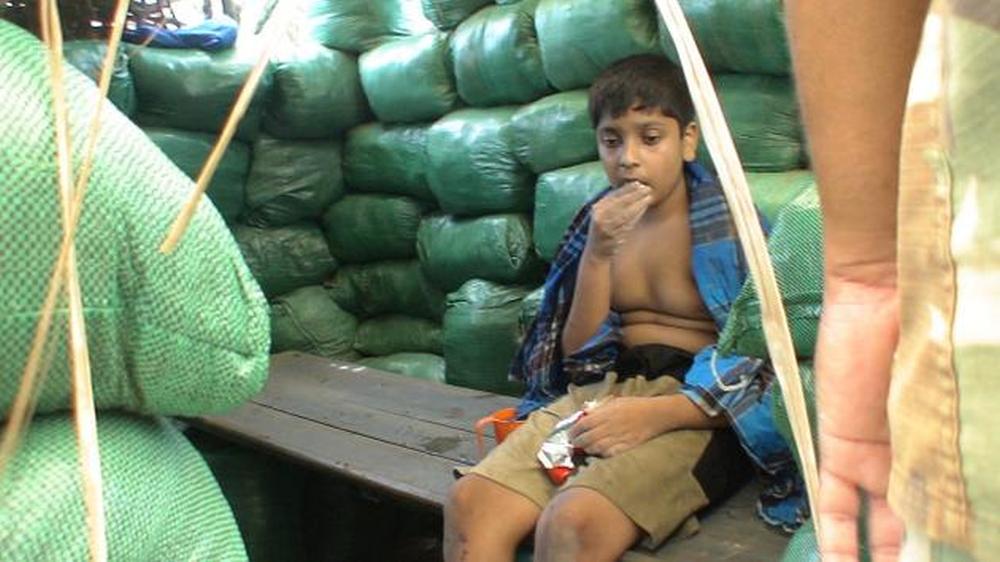 And you maintain the footage is doctored?

The series has been doctored taking various images at different times. It could even be that they are LTTE people masquerading as Sri Lankan soldiers. Take the issue of Prabhakaran's son. In one photograph he is alive in a bunker which can be a LTTE bunker. In another photograph he is dead due to crossfire. So two separate incidents seem to have been put together.

So you reject the entire thing?

What do you say to the demand that Sri Lankan progress on human rights be supervised by outside agencies?

Our process of reconciliation like our process of rehabilitation and reconstruction are home grown and the procedure we follow will be Sri Lankan. We are willing to listen to others but we will do it ourselves. We are a democratic and responsible country; we remain engaged with international mechanisms; we have a judiciary, a military tribunal system and also a reconciliation commission which have members whose expertise is second to none in the world.

Does the proposal have a larger implication for the region, say on issues like Kashmir?

Of course, what is sauce for the goose can also be sauce for the gander. One must be mindful of the implications of a demand one makes. What can be done for Sri Lanka may become the norm for the region.

How much progress has been made on the four 'D's everyone talks about—devolution, demilitarisation, development and democracy?

We are in different stages of progress. On some issues we have gone far. The report of the lessons learnt and reconciliation commission and their recommendations—some are already implemented; some are in the process of implementation and will take a longer time. We want to do it in a sustainable manner bringing all stakeholders together.

Was Prabhakaran the cause or the effect of the decade-long ethnic war in Sri Lanka?

Prabhakaran was the cause for the perpetuation of violence; he took a wrong turn. He took to violence rather than opting for democratic means and adopting peaceful protest modes which could have been more effective.

So if he had gone for the democratic methods things could have been different?

I believe so and how we wish that he had chosen the democratic path. He eliminated all the democratic leaders within the Tamil society. He wanted to gain a separate state for Tamils through violent means, eliminating democratic Tamil leadership and even using children as soldiers. Violent methods would not have succeeded. Successive Sri Lankan governments wanted to bring him into the democratic fold. The Indian government knows this very well, having been involved in attempting to broker peace in the 1980s. We even invited Norwegian facilitation. He didn't accept peace.

But today you have an ideal opportunity where the Tamil leaders are all looking for a solution through democratic and peaceful methods. How are you going to use this?

We have invited them to join the parliament select committee and talk to all the stakeholders and come up with new ideas as to how we can go forward. That should include power-sharing, not only at the provincial level but also at the national level. We need to create the model for a united country that provides equal rights to each of the citizens of Sri Lanka.

A shorter, edited version of this appears in print