JHA COMMISSION REPORT: Will the Court open it or the Legislature? NBA

JHA COMMISSION REPORT: Will the Court open it or the Legislature? NBA 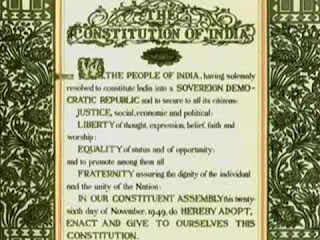 JHA COMMISSION REPORT: Will the Court open it or the Legislature?

·         The Commission appointed by the Court, as per 2008 order: The Court directs parties to file views on legal position, NBA's opinion.

Hon. High Court of Madhya Pradesh, its bench of Chief Justice AK.Khanwilkar and Justice Sanjay Yadav heard the application by the State Government submitted on 21st January, 2016 pertaining to legal issues related to the Jha Commission report and counter reply by Narmada Bachao Andolan. The Justice S.S. Jha Commission appointed in 2008 submitted its report based on seven years long investigation into corruption in five aspects of REHABILITATION OF Sardar Sarovar Dam AFFECTED.

The application BY THE STATE GOVT demanded that the Jha Commission report should be first handed over to state government for being laid before the legislative assembly of the Madhya Pradesh. The State claimed that such a process is mandatory under Sec. 3 of Commission of Inquiry Act, 1952 (CIA) AND the Jha Commission was appointed under the same Act and the Section.

NBA, on the other hand, claims that the Commission was appointed by the High Court and the notification concerned is in compliance of the High Court's order which never directed Commission TO BE APPOINTED under the particular Section and the Act.

NBA ALSO pleaded that the Commission was not to be appointed under Sec.3 of th.e CIA,1952, as it was appointed by the High Court RESORTING to its powers under Article 226 of the Constitution. The High Court carried out its role by appointing the Commission,PROMOTING,FACILITATING ASSISTANCE TO AND ROUTING FUNDS FROM THE STATE AND MONITORING IT, since CORRUPTION DERAILED THE REHAB POLICY AND PROVISIONS UNDER THE Tribunal putting at stake, thousands of PAFs' right to rehabilitation that Hon.APEX Court itself has declared to be a part of right TO life, under Article 21, which it has a duty to protect.

The Hon. Chief Justice noted that there was no directive by the Court in the Judgement for the state government to appoint the Jha Commission under Sec. 3 of the Act. The State could appoint it under Section 11 of the same act as it was an enquiry initiated by the High Court and neither BY the Government nor through a resolution by the legislature. The High Court, on the other hand, noted that the notification of appointment dated October 8th 2008 was issued "In compliance of the High Court's order as well as section 3 of the Act." The Chief Justice, therefore, raised a query as to whether submission of the REPORT to the legislature first & to get the State to place Action Taken Report on the floor of the Assembly  WITHIN 6 MONTHS is mandatory & non-compliance would violate any rule or law related to the rights & powers of the legislature. Whether the High Court can take the recourse to open, consider & act upon the report before the same was a question. The High Court would like to know if it would mean IMPINGMENT UPON THE POWERS OF THE legislature.

The Hon. Court, therefore, directed both the parties to file a response on the settled legal position on this issue, which the Hon. Chief Justice said, has become complex due to the notification that was not challenged by anyone.

Smt. Medha Patkar appeared and pleaded the case as Party in Person while Shri R.N. Singh appeared with Arpan Pawar for the State & NVDA. The next hearing on the matter is fixed for FEBuary 16th,2015.