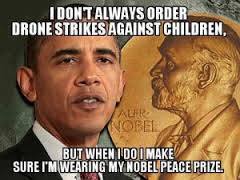 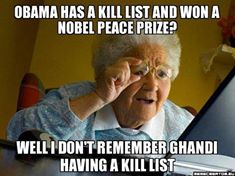 Mumbai,Delhi,Kolkata,Lucknow,Hyderabad to Uttarakhand,Indian geography and demography across identities seem to be in resistance at last as Indian Left and democratic and Secular Solidarity screams aloud!Here it is,India's communist parties on Saturday held a protest march and burned an effigy of President Barack Obama on the eve of his New Delhi visit, voicing fears of a US domination in economic, nuclear and defense ties with India!

"The decision (to invite Obama) makes it clear that the Modi government has adapted an extreme right-wing policy. They have chosen a path that will compromise our country's sovereignty," Bose said at the rally.

"This government is attempting to make India a US ally and we oppose it," he added.

Bedsides the Left parties, a protest march was also organised by the Saho Nagarik Mancha, a civil society organization.

"Whether it's the UPA or the NDA governments, all have become agents of monopolist capitalism. We strongly criticise the invitation to Obama," said Prasun Bhowmik, poet and convenor of the Mancha.

Workers and supporters of Left parties - CPI (ML), CPI (MP), CPI, Forward Bloc and SUCI (C) - held protest marches and demonstrations across the state against the visit of US president Barack Obama to India.

Shouting slogans like 'Obama Go Back' they organised a procession from Parivartan Chowk to GPO in the state capital.

At a meeting thereafter they criticized the decision of Prime Minister Modi to invite the US president on the Indian Republic Day, terming it an assault on all democratic values.

"Head of a country which is responsible of crushing democratic values, as a chief guest on Indian Republic Day is most unfortunate" said Arun Kumar, state office secretary of CPI-ML.

A march was also taken out in Allahabad under the leadership of CPI-ML state secretary Ramji Rai where protesters raised slogans against the visiting US president. Similar protests were also held in Ghazipur, Deoria, Bhadohi and Sonebhadra.

Let us declare aloud that we would not tolerate any move to make in America on Indian soil.

In fact,the Communist Party of India (Marxist) on Saturday held a nationwide protest against the upcoming visit by US President Barack Obama, stating that the America seeks to change India`s economic, security and strategic policies for its own benifits.

Join the all-India Protests against Obama!!

Stand in Solidarity with the National Struggle against Imperialism and Zionism!! 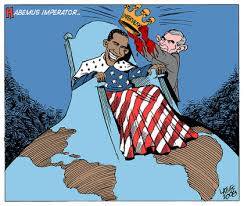 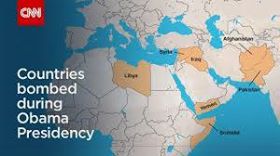 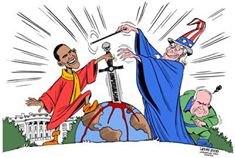 "President Obama is coming with an agenda - to pressurise and change India`s economic, security and strategic policies. We4 should not succumb to that pressure, but unfortunately the government is showing indications of that," CPI(M) general secretary Prakash Karat told ANI.

"Our nuclear liability law, with which we want to protect the citizens of our country in case of a nuclear accident is another thing they want to change. The Prime Minister Narendra Modi-led government is trying to bypass the laws passed in parliament. There are many such issues, which is why we are holding a nation-wide protest against the US President`s visit today," he added.

Obama, who visited India in 2010, will also be the first US president to visit the country twice while in office.

The Polit Bureau of Communist Party of India (Marxist) has issued the following statement:

Obama Visit: No Surrender to US Pressures

The Obama visit is being preceded by various moves to appease US interests by the Modi government.

Firstly, the Modi government is negotiating with the US authorities to find ways to circumvent the Civil Nuclear Liability Act passed by the Indian Parliament.  The right to recourse for suppliers liability has been objected to by the United States.  The BJP had supported this law in Parliament. Now under US pressure, this elementary safeguard for the people in the case of a nuclear accident is sought to be diluted.  The Polit Bureau demands that the letter and spirit of the law be respected and no step should be taken to pass the burden on to the Indian government or other entities.

The Polit Bureau reiterates its strong opposition to the renewal of the Defence Framework Agreement for another ten years.  The Framework Agreement signed in 2005 contained provisions such as  the Logistics Support Agreement and the Communications and Information Security Memorandum of Agreement (CISMOA) which would have made India a military ally of the US on par with its NATO allies.  The Modi government should desist from signing the Defence Agreement  which is against the interests of the country and its strategic autonomy.

The US is pressing India to dilute its patent regime and Intellectual Property Rights regulation.  This is meant to facilitate US multinational drug companies making super profits in India and will result in drugs becoming more expensive for the people.  The Obama visit should not result in any concessions to the US in this regard as also giving any special treatment to US investments with regard to tax liabilities.

The  Hindu reports from Hyderabad:

Communist Party of India (CPI) activists staged a demonstration near the U. S. Consulate in Hyderabad protesting the visit of US President Barack Obama.

CPI senior leader K. Narayana and party MLA Gunda Mallesh accompanied by party workers carrying red flags tried to proceed towards the Consulate when they were stopped by the large posse of police personnel. After initial resistance, the protestors were bundled into waiting police vans and taken away. 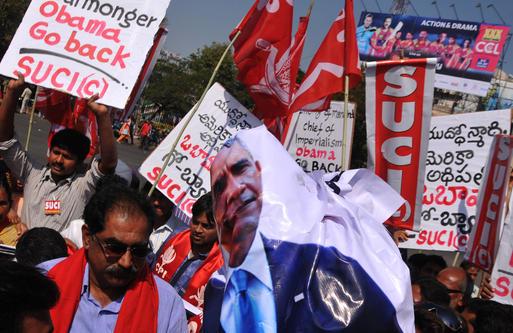 Vehicular traffic on the busy Paradise-Begumpet stretch was thrown out of gear for some time. Police had a tough time handling the demonstrators. Adding to their woes were a large number of Airtel mobile customers making a beeline to the Customer Care office close to the US Consulate to make enquiries after the mobile telephony services was disrupted for over six hours.

Activists of the CPI, Communist Party of India (Marxist), SUCI, Forward Block, RSP and CPI (ML-Liberation) burnt an effigy of the US President at Basheerbagh Press Club protesting the latter's visit. The left parties in the city had given a call to hold protest demonstrations.

Left parties have called for a protest day on January 24 against the visit of US President Barack Obama.

While some splinter parties and trade unions such as the CPI ML (New Democracy), CPI ML (Red Star) and All India Federation of Trade Unions are planning a demonstration at Jantar Mantar, mainstream Left parties have invited participation in day-long meetings and dharnas with slogans such as "Halt US aggression", "Stop interference in India's domestic matters" and "Stop US-India strategic collaboration".

In a joint statement, six Left parties — the CPI, CPI(M), CPI(ML)-Liberation, All India Forward Block, Students Unity Centre of India SUCI(C) and Revolutionary Socialist Party (RSP) — said the US President has been invited to be the chief guest at the Republic Day at a juncture when the BJP and its government at the Centre have "unleashed the forces of Hindutva which threaten the secular and democratic values of the Indian Republic".

"It is a supreme irony that the day which symbolises India's independence and sovereignty is being graced by the head of a country which has done the most to assault and destroy the sovereignty of many countries around the world.

"(US) President Obama himself is responsible for the aggression in Libya and for the rerun of bombing and sending troops back to Iraq. The US is doing everything to destroy Syria as a national entity," said the statement.

The Left parties further said the protest against Obama's visit has been organised because the US is targeting and destabilising governments and countries in West Asia by military interventions, such as in Iraq, Libya and Syria.

It is also the patron and staunch supporter of Israel, which "occupies Palestinian land and Arab territories and subjects the Palestinian people to colonial oppression".

"The BJP government is pursuing a pro-US foreign policy which is contrary to an independent non-aligned foreign policy. This is being done in the interests of Indian and foreign monopoly capital," said the Left parties.

"The Left parties strongly protest the decision to renew the India-US Defence Framework Agreement for another 10 years. This is a pact which will yoke India to American military strategy in Asia," said the statement.

CPI(M) leader Sitaram Yechury said in an editorial of his party's mouthpiece People's Democracy that the invitation to Obama conveys a strong signal to the world that India is cementing its position as a 'subordinate ally' of US imperialism.

"This is a significant shift that will shape the demise of India's long-held faith in pursuing an independent foreign policy. While India has and shall continue to develop friendly relations with all countries in the world, India's foreign policy must always be dictated by its 'enlightened national interests', the crux of which is the solidarity with the developing world in resisting global domination by any power," he said.