What a Bull run ahead as Uber sends email to Delhi rape victim: We are back to serve you! Palash Biswas

What a Bull run ahead as Uber sends email to Delhi rape victim: We are back to serve you! 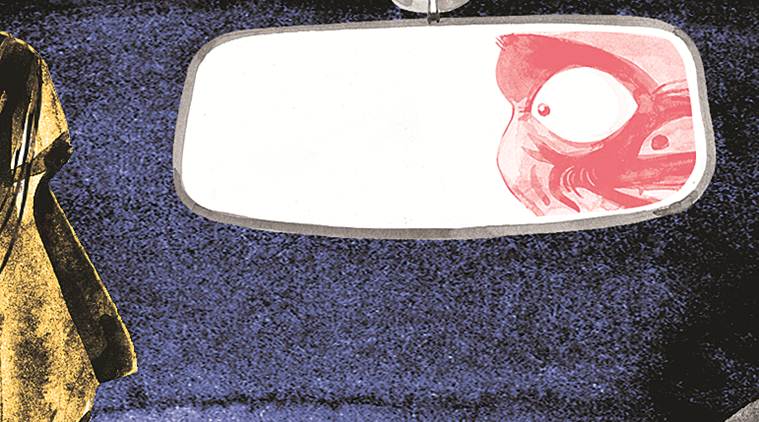 Uber cab rape victim: "This should never have happened to me. This city has failed me."

In Kolkata,a husband affluent with promoter builder raj boom boom kept another woman and kept on his Ponzi network of funding for high rise life.Then,suddenly things turn so violent that he murdered both the women with their children and killed himself after chopping his own genitial.HASTAKSHEP showcased some of the cases today.But the latest news updates in Indian Express is alarming as the Finance Minister,the lawyer of Dow Chemicals has declared in Davos that it would be complete PRIVATIZATION.Wooing foreign capital is the topmost priority for the minimum governance of the government of Hindu Imperialists.

US President Barack Obama is landing in India tomorrow on the occasion of an extended Vasant Panchmi enveloped with high voltage hate campaign and racial apartheid as the Trishul comprising BJP President Amit Shah,RSS head Mohan Bhagwat and VHP face Praveen Togadia are engaged to set India and the entire geopolitics,the emerging market on fire!

Obama himself invoked blind hindu nationalism branding Pakistan virtually a terrorist state which happened to be best ever friend of United States of America.America supplied AK 47,rocket launchers and RDX to arm the Taliban based in Pakistan and the entire lot was used against India in US Knowledge.

Not far ago,just in 1971,USA sent its seventh fleet to support Pakistan against Indian army action to free Bangladesh.It is history that RSS would like to rewrite in shaffron ink to justify its alliance with zionism!

Indian ruling hegemony has set the budget priorities killing the constitution and the Parliament to defend the US interests.More than fifty multinational companies have to be benefitted with tax reforms at home and every legislation,every policy making and every ordinance is nothing but a move to protect US interest.

Uber was closed after a rapcase was lodged in Delhi.Uber is relaunched because Uber is US company which has to be protected specifically while the US President is going to be the Guest of honour riding his beast with Indian President Pranab Mukherjee breaking the protocol and tradition that the guest should ride the car of the Indian President.

It should not be a puzzle why UBER has been relaunched.But it should be an eyeopening mirror for those who have eyes to see how UBER behaves with the Rape Victim!

The Uber rape victim is "very upset" and "surprised" at the "audacity" of the cab-hailing company which copied her on an email it sent to its customers on Friday, saying it was "relaunching" operations in Delhi.

The 25-year-old woman's American lawyer, Douglas Wigdor, who is assisting her in an effort to file a suit against Uber in a US court, told The Indian Express that the victim and her family "are very upset that they were sent an email from Uber, and that Uber has come back to Delhi without a consultation process with them".

He said they were "surprised" that Uber had returned to Delhi so soon after the incident and had the "audacity" to send an email directly to the victim. Refusing to discuss details of his legal strategy, Wigdor said they were taking appropriate steps "in an attempt to ensure the safety of future Uber customers".

"We had made it clear to Uber that the victim wanted to be part of a consultation process regarding safety procedures to ensure that no other person becomes a victim at the hands of an Uber driver. Most unfortunately, this has not happened and we have no confidence that the touted 'India-specific safety measures' will prevent another attack," he explained.

A day after applying for a fresh licence under the modified rules of the 2006 Radio Taxi Scheme, Uber sent emails to its customers in Delhi, claiming, "We're back, to serve you and get you moving once again."

The US-based online service was barred from plying in the city days after one of its passengers was sexually assaulted by a driver last month. The decision was also notified via a public notice issued by the transport department on December 8. Responding to a petition filed by the operator, the Delhi High Court had refused to lift the ban.

On Thursday, however, Uber applied for a fresh licence, not under its own name but through an Indian subsidiary named Resource Experts India Private Limited. The company has even offered 25 per cent discount to passengers.

Sources in the transport department said the company could not resume services and it would be a violation of rules. "Applying for a licence does not mean it has been granted. Also, applying under the name of another subsidiary company would mean that when passengers book themselves on Uber, the company would not take responsibility in case of any untoward incident because the licence for operation (in case it is granted) would be in the name of another company," said a source.

"Till we get an official confirmation that a valid licence has been granted to Uber to operate in Delhi, the service will be considered illegal and will not be allowed to operate," said Special Commissioner of Police (Traffic) continued…