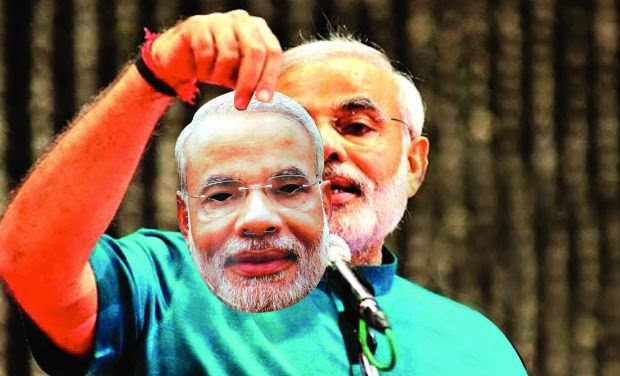 Being the very smart man that he is, Narendra Modi will be the first to recognise — even if he does not acknowledge it publicly — that August 25, 2015, is the day when Gujarat finally started the process of disowning him. Future historians may even mark August 25 as the date when it all unravelled and the Modi political meltdown began. An over-statement? An exaggeration? A wishful fantasy?

Consider this: from March 2002 to August 24, 2015, nobody, and that means nobody, other than Narendra Modi had been able to collect a crowd of five lakh people in any part of Gujarat. The last time such a large-scale mobilisation took place was way back in the mid-1970s, during the days of the Navnirman Andolan. The August 25 congregation, right there in the heart of Ahmedabad, took place despite Modi's wishes and his long-distance monitoring and micro-managing of everything political that goes on in Gujarat. And, not since 2002, has the Army been asked to come out in aid of the civil authority. Words in headlines like 'curfew', 'police firing', 'deaths' belonged to a bygone era, so we were told. The rockstar who mesmerised the suburban Gujaratis at Madison Square Garden has been upstaged by an upstart: a hitherto unknown Hardik Patel, who has the native Patels eating out of his hand.

It is ironic that only 10 days ago, on Independence Day, the Prime Minister was using that grand pulpit at the Red Fort to exhort us to beware of the danger of 'casteism' and communalism. And then, a few days later, he was in Gaya, Bihar, showering goodies and special packages on that "bimaru" state, singing songs of his own politics of development, and preaching against the vendors of caste politics such as Nitish Kumar and Lalu Prasad Yadav. Now, on his own home turf, the caste calculations and demands have erupted gloriously.

There is a context to this Patel eruption. And, it is necessary to recall that context.

In 1981, it was the Patels of Khadia in downtown Ahmedabad who raised a violent voice against a new reservation regime. That agitation was directed at the newly elected Congress government, headed byMadhavsinh Solanki. The Congress had stormed back to power, riding on the KHAM strategy. The KHAM—Kshatriyas, Harijans, Adivasis, and Muslims—inclusive promise had yielded massive electoral dividends and Gujarat's political landscape was drastically re-arranged. The Patels were ejected from the commanding heights of Gujarat politics which they had occupied for many decades. In the 1985 Assembly elections, the Congress repeated its performance, consolidating its political dominance. The Patels again soon found an excuse to raise their voice against 'reservation'. This resentment among the upper castes, especially the Patidars, was easily shoehorned into the new Hindutva project. Over the years, the Hindutva forces patted themselves on the back for their ability to invoke the religious idiom to get the better of the caste-centric KHAM and its inclusive politics of social aggregation of the disadvantaged.

Now, the same Patels are demanding reservation. Gujarat is back to the 1981 days.

The Patels were and are at the core of the Modi constituency. They are vocal, aggressive and assertive in their sustained support at home and in the NRI portals for the post-2002 Modi and his narrative.

The post-2002 Modi and BJP were able to enlist, enthuse and ensnare the Gujaratis in an epic battle in defence of Gujarati asmita. The Patidars applauded the new Hindu hriday samraat, first as he struggled against Vajpayee who chanted the strange mantra of  rajdharma. Then they cheered him as he locked horns with a Sonia Gandhi who levelled the maut ka saudagar charge, and next they sided with him against the 'vicious' UPA that would demand accountability in fake encounters.

The Long March to Delhi ended on a triumphant note. The Hindu hriday samraat is the lord and master of all he surveys from Raisina Hill, the pseudo-secularists are licking their wounds, and even the judiciary seems disinclined to uphold secular values and practices. The majority in Gujarat has nothing to fear. Its 'protector' is the chief magistrate and sheriff. The intimidated Muslims have already retreated into their pitiful ghettos.

The eruption in 2015 of Patidar violence from the same BJP strongholds of 2002 suggests that the objective conditions that propelled the Modi phenomenon in Gujarat became redundant with his election victory on May 16, 2014. Suddenly, the objective conditions that sustained the Modi phenomenon have melted away.  In pure realpolitik terms, the '2002' business has finally lost its power and raison d'etre. Even anti-Centrism, the main plank of the Modi phenomenon in Gujarat, got dismantled on May 24, 2014, when the new Prime Minister took his oath of office in the Rashtrapati Bhavan forecourt.

What's left of the Gujarat model

The all too obvious communal underpinning of the Modi project apart, the Patidar eruption demands a sober reassessment of all that we have been persuaded to believe about the Gujarat model of development.

The thinness of the so-called Gujarat model now stands so demonstratively exposed. Those who questioned the claims made in its name were dubbed anti-Gujarat and damned as pseudo-secularists. The pain of deepening economic inequalities was never allowed to intrude into the 'vibrancy' optics. Rather, those at the receiving end of the harsh economic realities were palmed off with the Hindutva rhetoric and practices. Those realities have not vanished.

Nobody, for example, was allowed to ask how many local Gujaratis had been given jobs in the famed Nano project at Sanand. For that matter, no one knows the terms of the agreement between the Gujarat government and the Tatas. All we have been told is how a pro-business, pro-market, pro-growth, pro-industrialisation Chief Minister had grabbed the opportunity to entice an entrepreneur, scorned by those backward looking politicians in West Bengal. That was the defining moment when the 'vibrancy' of the Modi model was reaffirmed and consecrated. Soon the captains of industry were queuing up in Ahmedabad to issue the certificate of good conduct to the then Chief Minister. The road to Delhi was mapped out.

Before and after 2014, there was no dearth of cheer-leaders extolling the Modi phenomenon and its relevance, demanding that it be replicated throughout the country. The best and the brightest among the pundits proclaimed that India stood tutored in the new grammar of development, merit, growth, liberating modernity. An alternative reality emerged on August 25.

If the Gujarat model of development was so successful, so transformative, so revolutionary, how could a 22-year-old become the fulcrum for a caste-centric mobilisation? And why should Bihar buy into the presumably post-caste 'development' rhetoric?

--
Pl see my blogs;
http://ambedkaractions.blogspot.in/
http://palashscape.blogspot.in/
Feel free -- and I request you -- to forward this newsletter to your lists and friends!
Posted by Palash Biswas at 10:08 AM