Petition on JNU started by Tanuja Kothiyal, let's share it 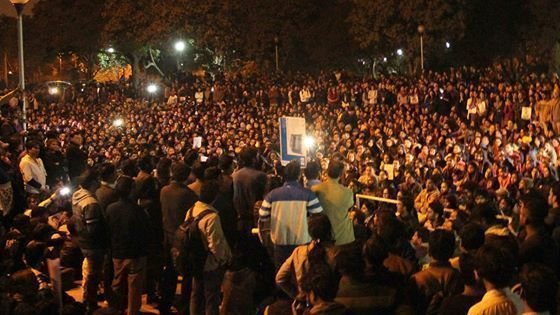 We, the former students of Jawaharlal Nehru University write to protest against the arrest of the JNU Students' Union President Kanhaiya Kumar and the continued police presence and action in JNU. We unequivocally condemn the charges of sedition – using a colonial-era British law – against Kanhaiya Kumar.

The voicing of an opinion, point of view or demand does not constitute sedition unless accompanied by a specific exhortation to, or act of, violence. In the past year we have witnessed the shrinking of space available for public discussion about important issues faced by our society.

JNU has, over the years, nurtured and promoted a culture of open discussion. It has allowed people from varying political persuasions to debate ideas and dissent. This is what a university should do. We condemn the curbing of this culture of debate and discussion.

JNU is not the first institution of higher education to be so targeted. The banning of the Ambedkar-Periyar Study Circle at Indian Institute of Technology Madras, the branding of Rohith Vemula and Ambedkar Students' Association as anti-national and the present arrest of Kanhaiya Kumar are among recent incidents. These represent a systematic effort to weaken the public university in India--an institution that provides an affordable education to Indian citizens and remains the wellspring of a democratic society. Thousands of JNU students have taken this ethos back with them to their respective fields of work, as teachers, journalists, activists, bureaucrats, policymakers and advisors. The accusations of 'anti-nationalism' and 'sedition', appear to us as attempts to discredit the university at a time when funds available to public institutions are being withdrawn.

We demand the immediate release of Kanhaiya Kumar, quashing of all charges against the students of JNU and the withdrawal of the police from the campus.

Pl see my blogs;
http://ambedkaractions.blogspot.in/
http://palashscape.blogspot.in/
Feel free -- and I request you -- to forward this newsletter to your lists and friends!
Posted by Palash Biswas at 9:55 AM