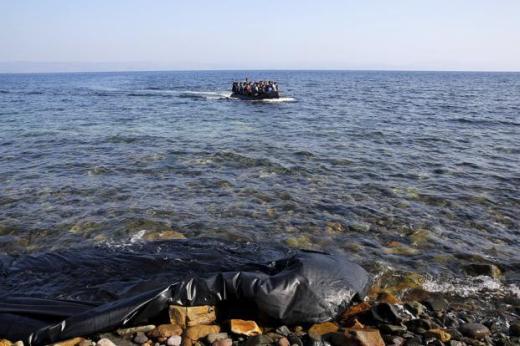 If you're as cynical as I am about Europe's impulse to control migration from Arab lands, you might have the same question that I did: Why don't European navies interdict the refugees at sea, and send them back to Libya or Turkey or wherever they're coming from? It might seem cruel, but after all, that's what the US did with Haitian boat people in the 1990s and what Australia still does with asylum-seekers.

You might think the answer is that the Europeans are just more softhearted than the Americans or Australians, but it turns out the answer isn't that simple. Behind Europe's policy of saving refugees at sea and bringing them in for processing and asylum lies a controversial 2012 decision by the European Court of Human Rights.

Motivated by humanitarian instincts, and decided before Syria's collapse put the flow of Arab refugees into overdrive, the decision is a model of how law can affect policy. It's also a model of the risks when international courts make decisions that have huge consequences for real-world policy. I was struck to learn from an article by scholar Jill Goldenziel that, before the 2012 decision, while Muammar Gaddafi's regime was still standing, Italy had an agreement with the dictator that it would stop boats of refugees on sea and send them straight back to Libya. On the surface, the arrangement sounds ugly, and indeed, Human Rights Watch led the international human rights community in criticizing it.

What changed since the time of the Libya deal was the European court's 2012 decision in Hirsi Jamaa vs. Italy. In that case, Somali and Eritrean nationals argued that Italy's policy violated the most important provision of the Geneva Convention relating to the Status of Refugees. Article 33 of the convention says that no signatory may "expel or return ('refouler') a refugee in any manner whatsoever to the frontiers of territories where his life or freedom would be threatened on account of his race, religion, nationality, membership of a particular social group or political opinion". This right is known as "non-refoulement".

In the Hirsi Jamaa case, Italy said Article 33 didn't apply to a rescue mission that took place in international waters. The fleeing East Africans were never in Italy, after all, so Italy's obligation not to send them home never kicked in.

The US government made the same argument successfully to the US Supreme Court in the 1993 case of Sale vs. Haitian Centers Council. In an 8-1 decision, the court held that the domestic US law implementing the refugee convention didn't apply to Haitians who were intercepted at sea by the US Navy and then held in Guantanamo Bay, Cuba.

The unsuccessful case for the Haitians was argued by Harold Hongju Koh, who later became a state department official in both the Bill Clinton and Barack Obama administrations. Koh did, however, induce justice Harry Blackmun, for whom he'd earlier clerked, to write a heartfelt dissent. In the dissent, Blackmun, who was given to moving rhetoric on behalf of victims, ended by saying that the refugees had raised "a modest plea, vindicated by the Treaty and the statute. We should not close our ears to it".

The European Court of Human Rights was apparently touched by Blackmun's rhetoric, which it quoted at the conclusion of its opinion. It held that Italy's naval vessels were part of Italy, and that the refugee treaty's obligation not to send refugees back home applied the moment the Italian navy took control of the refugees' ships. It concluded by banning Italy's strategy of pushback.

Unlike the US Supreme Court or the Australian High Court, which reached its own similar conclusion in 2000, the European court isn't a national body interpreting the law for a single country. This supranational body effectively made policy for its 47 members by holding that rescue efforts at sea automatically trigger the obligation to process refugees for asylum. Of course, politics matters, too. And, of course, many refugees are now coming over land and sneaking into European countries, where non-refoulement would ordinarily apply.

But it seems almost inconceivable that European politicians would be treating the immigration flow at sea as inevitable if the legal position were different. There would be calls for pushback—and a policy discussion about whether such an approach would be morally justified. Now, the policy debate is more limited— and it remains to be seen what the consequences will be for Europe, or those desperate to get there. Bloomberg

Noah Feldman is a professor of constitutional and international law at Harvard University.

--
Pl see my blogs;
http://ambedkaractions.blogspot.in/
http://palashscape.blogspot.in/
Feel free -- and I request you -- to forward this newsletter to your lists and friends!
Posted by Palash Biswas at 11:27 AM