My blog:LET ME SPEAK HUMAN!Condolence for Jagmohan Dalmia who united Asia beyond politics and diplomacy to make Cricket Indian! https://www.youtube.com/watch?v=F-rfzx_-rjU&feature=youtu.be

My blog:LET ME SPEAK HUMAN!Condolence for Jagmohan Dalmia who united Asia beyond politics and diplomacy to make Cricket Indian! 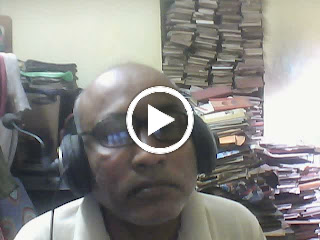 I am amused to read Boria Majumdar in Economic Times this morning.I am happy that we are talking on the same line.Thanks Boria Majumdar!Tahnks ET!

Sep 22 2015 : The Economic Times (Bangalore)
`I Wonder How You Ruled Us For 200 Years'
﻿
﻿
That was Jagmohan Dalmiya to the British press in England. His legacy as an administrator is of one who challenged the established order of world cricket and won. And in the process, filled the BCCI coffers
It was at the end of the long 13 hour meeting at t he I nt er n at ion a l Cricket Council (ICC) on Febr u a r y 2 , 19 9 3 that the British media literally pressed Jagmohan Dalmiya for a comment. He had just moved the World Cup to India for a second time and had also forced the removal of the veto power that England and Australia had enjoyed for decades. "What I will say you can't print or show on television", Dalmiya had said. Not willing to give up, many pushed him for a comment. "I wonder with this intelligence how you ruled us for 200 years", said Dalmiya with a smile as he walked out of the meeting.

This one sentence, full of wit, guts and canny real politik best sums up Jagmohan Dalmiya, the man credited to have made cricket Indian. When Dalmiya entered the Board of Control for Cricket in India (BCCI), England and Australia ruled the roost.BCCI continued to have a deficit of a few lakhs in its balance sheet and Doordarshan would charge a few lakhs to telecast every match played on Indian soil.

Dalmiya changed things singlehandedly. Having spearheaded the South African comeback into fold of world cricket in 1991, Dalmiya was quick to notice a window to get the first match played at Eden Gardens. A tour against Pakistan had just fallen through and Dalmiya, within hours, convinced the South African board to fill up the space and come over to India to play a series of three one day internationals. That's not all. UCBSA (United Cricket Board of South Africa), as it was then called, was keen to get the match viewed by the audience back home in South Africa. Dalmiya sensed an op portunity. He negotiated a fee for the telecast and it was the first time the BCCI had earned a dime for telecasting a cricket match.

A couple of years later he fol lowed up by selling the telecast rights of Indian cricket and the Hero Cup that he had organised to celebrate the Diamond Jubilee of the Cricket Association o Bengal (CAB) and that's when Indian cricket started its jour ney of becoming a profitable enterprise. The process wasn't easy and Dalmiya never gave up. In his words, "Eventually it was at 1.30am in the morning at Justice Verma's residence that we got the order to sell Indian cricket's telecast rights. I don't think a Supreme Court bench has met too many times at that hour in the night."

How will Dalmiya, who passed away on Sunday night, be re memb ere d? T he a n swer i s fairly simple ­ as the one who transformed Indian and globa cricket and in the process made India the new ner ve centre of the global game. As ICC President, he saved the institution from bankruptcy and started things that continue to fetch serious revenue for cricket's apex body. It was Dalmiya who conceived the ICC Champions Trophy, created the Asian Cricket Confederation and pushed for Bangladesh's acceptance as a full member nation in 2000.

In the backdrop of an Australian withdrawal sighting security reasons, Dalmiya forced his way to sending a joint India-Pakistan team to Sri Lanka on the eve of the 1996 World Cup, thus saving the island nation from being decreed a land infested by terror. He also played a serious hand in reviv ing India-Pakistan cricket in 2004 and did much to give the BCCI real teeth and muscle in the course of his 40-year-long administrative career.

Dalmiya was always quick to sense what would work for Indian cricket and its fans. Be it the Mike Denness affair in 2001 when English match referee Denness unfairly penalised six Indian players raising fears of racism or the 2002 row over Indian players' endorsements in ICC events, Dalmiya batted for India's cricketers going against the grain of international opinion.

The BCCI's confrontation with the ICC over the Denness affair clearly reflected the changing balance of power in world cricket. It was proof of India's ascendancy in the sport, reinforced by Dalmiya's dramatic election as ICC president in 1997.

Again, in his election for the post of CAB president in 2007-8, Dalmiya had to take on the might of the state administration led by Buddhadeb Bhattacharjee and it was against all odds that he defeated Kolkata Police Chief Prasun Mukherjee 61-56 in a see-saw battle. Concerned that Indian cricket was losing credibility, Dalmiya, as interim boss in 2013 and since getting himself re-elected in March 2015 wanted to implement measures for a clean-up. As he took charge, Dalmiya was ill but the intent remained. He was still the committed administrator.

From setting up an advisory committee with India's best ever cricketers to implementing the pension scheme, Dalmiya was a players' administrator throughout his career. Sachin Tendulkar has aptly said it in his tribute. "Will always cherish his constant encouragement and support over the years. Worked hard for the game of cricket and excelled as an administrator.Was touched by his efforts to make my penultimate Test at Eden Gardens very special. RIP Jagmohan Dalmiya."

--
Pl see my blogs;
http://ambedkaractions.blogspot.in/
http://palashscape.blogspot.in/
Feel free -- and I request you -- to forward this newsletter to your lists and friends!
Posted by Palash Biswas at 1:11 AM