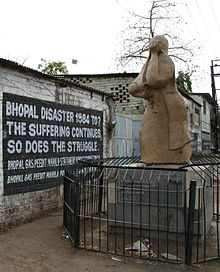 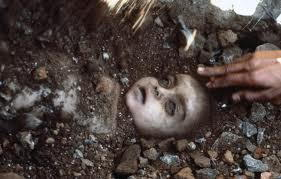 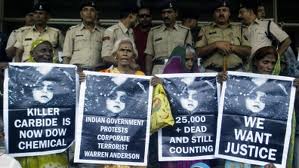 ON THE 29TH ANNIVERSARY OF BHOPAL GAS TRAGEDY

Why we should come together on 3rd December?

This year, the 3rd of December will mark the 29th Anniversary of the Bhopal Gas Tragedy. Third of December 1984 was a fateful day in the history of India - Bhopal witnessed the world's largest industrial disaster which led to the death of more than 20,000 people till date and left tens of thousands more injured. More thanhalf a million people were exposed to the horrific gas leak during that tragic night and twenty eight years later, at least one person dies everyday in Bhopal from the injuries they sustained on that night. Union Carbide Corporation, the company responsible for this incident was acquired by Dow Chemical in 2001, but Dow Chemical has refused to owe any liability towards paying just compensation to the Bhopal survivors.

Why we need to oppose not just "Dow Chemical" but resist onslaught of Multi-National Corporations collectively?

Corporations have been making lives of people and communities miserable by being involved in unjust acquisition of land, oppression of factory workers, pollution of environment, reckless mining, deforestation, extraction of ground water, control of seeds of farmers, privatization of basic services, etc., with little or no care for the people. Corporations are only concerned about the profits they can make quarter after quarter. Whether it is the struggle of Bhopalis against Dow Chemical or the struggles of other peoples' movements such as struggle of adivasis of Niyamgiri against Vedanta, villagers of Plachimada against Coca-Cola, villagers of Jagatsinghpur against POSCO, factory workers against Maruti Suzuki, farmers against Monsanto, etc., the larger message which needs to go out is that these are not segregated struggles of peoples' movements against few specific evil Corporations. We need to come together to challenge fiercely the unaccountable power of the larger Corporate Structure, ready to use their muscle and money power to thwart any kind of resistance targeted at them.

Come to Jantar Mantar to lend solidarity towards struggle of justice for Bhopal Survivors. Come with your slogans and songs, with your banners and placards, with your voices and messages to make sure that this fateful day does not go unremembered and that together we will fight the injustices of Corporations on our lands, forests, water and livelihoods.

Looking forward for your participation.

Please circulate this mail widely. Also, please help us in publicizing this event by sharing the Facebook Event Link at: https://www.facebook.com/events/442508019188210/?fref=ts

(on behalf of Delhi Solidarity Group/NAPM) 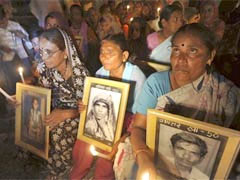 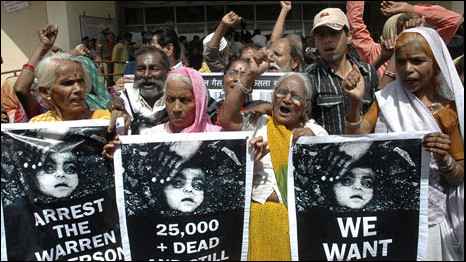