A Conspiracy to Make RTI Meaningless

A Conspiracy to Make RTI Meaningless 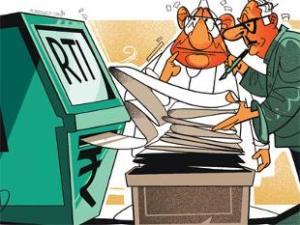 The Union government did not crown itself with glory when it said thatpolitical parties should not be brought under the purview of the Right to Information (RTI) Act. It merely echoed the opinion of the parties when it briefed the Supreme Court on the matter. Political parties, cutting across ideological and regional divides, have shown such unity of purpose only on legislators' salary and perks. Two years ago, theCentral Information Commission had unanimously decided that the Act was applicable to political parties. This was in keeping with the spirit of the RTI because, although parties were not established under an Act, they were beneficiaries of largesse from the government in terms of land, water and other benefits. Therefore, the people had a right to get information about their functioning.

Instead of accepting the logic of democracy, every party has been defying the CIC's order. Under RTI, political parties are not bound to answer queries regarding their political strategy. What the tax-payers would want to know — and justly — is how they collect and spend money on elections and party activities. It is no secret that there is a huge gap between the money parties actually spend on elections and the money they admit to have spent. It is because they afraid that the Act might expose them to questions of probity, that they want to be above the RTI Act.

Neither the parties nor the government in power can erase the fact that the RTI Act is one of independent India's greatest legislative attempts to bring in a measure of transparency and accountability in the functioning of the government. For the first time it empowered the ordinary people to ask questions and receive answers about government functioning. India is one of the very few countries that have empowered their people in this manner. During the decade the Act has been in operation, it has helped strengthen democratic institutions. Even parties like the Congress that enacted the law — under the pressure of public opinion — have now a different view on the Act. The courts and the CBI, too, have sought exemption from the law. These add up to a conspiracy against the people. What is required is an intelligent use of the law, not exemptions that will take the meaning out of it.

--
Pl see my blogs;
http://ambedkaractions.blogspot.in/
http://palashscape.blogspot.in/
Feel free -- and I request you -- to forward this newsletter to your lists and friends!
Posted by Palash Biswas at 2:14 AM