Ambani Raj All the Way!

It is all the way Manusmriti Rule.

It is zionist  corporate imperialism translated into most aggressive Hindutva Modified OBC branded diluting Mandal,Bahujan and Marxist politics all the way.

Welcome people's thumping mandate to reject the genetically modified genocide Cong outright.For which the people voted for Modified OBC branded corporate ethnic cleansing and exclusion as the Left betrayed all the way.

As the Bahujan Politics and identity politics as a whole supported reforms for full twenty three years and stood divided to strengthen the monopolistic hegemony all the way.

Kanshiram formulation of eighty five percent failed all the way divided into six thousand caste identities,separate OBC and Dalit and ST and Muslim identities.No one addressed the people stranded in war zones of excluded geography and subjecetd to racial apartheid.

Mandal politics made way for Kamandal politics which hinduised OBC and did the Karishma with scientific Bengali methodology isolating the whole lot of deprived from OBC.OBC headcount movement is cashed in OBC Hindutva Vote Bank and Modified master stroke of Presidential style killed Marxism as well as Ambedkarite movement in India.

RSS was the mastermind in 1984,when Rajiv Gandhi romped home with landslide mandate shafron as RSS slogan was vote for those who would defend Hindutva.

Once again Indian Polity is taken over by RSS.In 1984,Mraxist ruled Bengal and had strong bases all over the country beside Kerala and Tripura outside Bengal.To retain power in three states ie Bengal,Kerala and Tripura the Left betrayed the people of India all the way since Indira age and killed people`s resistance since sixties and supported all the genocide acts of the ruling hegemony.On the other hand,full bloom Ambedkarite movement led by Kanshiram reduced to BSP,known for supporting the hegemony all the way and for its brute casteology kiling the Kanshiram formulation of eighty five percent.Mandal politics created strong OBC men and women getting helms in states all these years.The Left and the Bahujan and the Mandal politics were intact in 1984.

OBC brand equity of Modi now makes OBC ruling class as much as the Caste Hindus are.The tigers smelt the blood and no one,not even the greats in Uttar Pradesh, Bihar,Maharashtra and other parts of India banking on identity politics could survive in RSS Corporate Media combined surgically precise mind control game.

Here you are! 2014 showcased the death procession of identity icons and Marxists as well.

Kejriwal played opposition without entering Parliament as BJP and Left and regional parties indulged in power sharing obliging corporate India,kept silence all the way and supported minority governments working against rule of law,constitution,civil and human rights and engaged in institutionalized corruption all the way and made way for Kjriwal.

Kejriwal is the only opposition in near future to dilute and divert people`s resistance under manusmriti rule and corporate raj once again.

It is all the way SITA VANVAS.

It is all the way Shambuk Hatya.

It is all the way KURUKSHETRA.

It is all the way Mushal parva to kill one`s kith and kin.

It is all the way Ambani Raj. 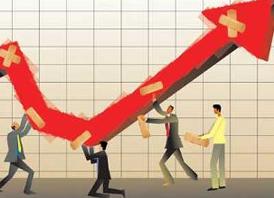 As a first task, the government needs to identify and articulate what it considers are the binding constraints to growth. 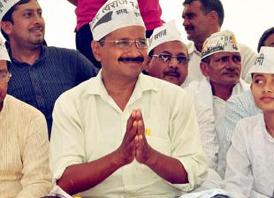 AAP fails to move from Delhi to India

AAP volunteers seemed more confused than disappointed by the results that emphatically showed up the party's decision to plunge into national politics. 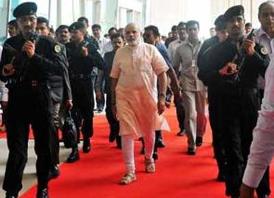 Five things the government needs to do to revive growth

While the biggest task before the new government is to revive growth, high fiscal deficit will not allow it to be too extravagant and interest rates cannot be cut as long as inflation remains high. 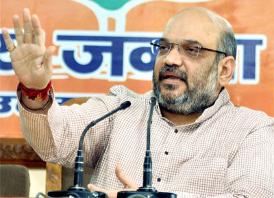 Uttar Pradesh formed the fulcrum of the BJP's astonishing win with the party winning an eye-popping 71 seats, more than the UPA's overall tally.

ET Bureau Uttar Pradesh formed the fulcrum of the BJP's astonishing win with the party winning an eye-popping 71 seats, more than the UPA's overall tally.

SA Aiyar: How Modi can transform economy in 6 mths | Could it be Priyanka in 2019?

How super Modi pulled BJP back from the brink

Why Muslim votes did not count in UP & Bihar

What the West want from Modi as PM?