Does it justify her acts?and her roles? Sunny Leone pips PM Narendra Modi, becomes the most searched person on Google! Sorry,it is politics and it is economics not to mention the culture in free market economy! Palash Biswas

Does it justify her acts?and her roles? 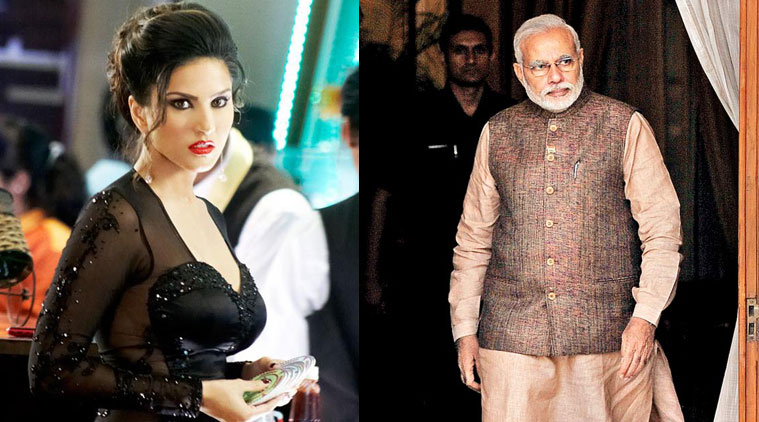 It is all about the iconic politics as well as the iconic economics.We have a life style highly followed by the icons ,the market created.

Modi has created tsunami and winning one after one state as his field marshal of Gujarat expertize,Amit Sah has no mercy at all either for nature or for humanity.

Most of the tribal geography has been Non Hindu and they are the only non Aryans who never did surrendered.

coincidentally these tribal people are the master of all natural resources which is at auction and thousands of so called projects with investment of billion billion dollars have to be completed.

Thus, the slogan of the free market economy is kill the nature! Kill the humanity!

Thus, RSS has divided the tribal India and launched a civil war amongst them.It is Salwa Judum in Chhattisgargh but we donot know what would they call it in Assam whee indigeneouc Bodo people have been pitted againt other Adivasi people.

it is the result of the Hindutva drive launched by the prime minister of India.pardon me.

Is this act and the this role as prime minister has to be appreciated as he has won so many states  and is the only second person after Sunny Leone ,the most popular personality in India,the emerging market?

The winter session of the Parliament has been used to showcase an unprecedented WWF pageant of mind control game in which every political party was involved as they have aligned against the people of India and the people`s democracy of India and it's constitution!

The Parliament was used to delete no less than 1383 laws irrelevant,declared irrelevant.We never know what laws have been deleted ,what they mean,who were beneficiaries of this mega deletion. I am afraid that the parliament and the prime minister ,both are quite ignorant.

Second generation of reforms have to be launched,it is the general consensus in the political millionaire billionaire community. They may not survive anywhere irrespective of their status in government,ruling combination or opposition.

But none of them has enough courage to take on the risk to become unpopular.Everyone is addressing the respective vote bank which sustains them.

Thus,Congress surrendered to wait for the tsunami gone.

It did not contest the elections that it should have been.Rather it created the vacuum in which the the dust could settle and effectively helped Modi branding to send the Ball in RSS court.

Modi claims not to intend privatization of Railway.

Is there anything to left to privatise at all?

Prime Minister Narendra Modi on Thursday ruled out the privatization of the Indian Railways. Addressing a gathering in Varanasi at Diesel Locomotives Work (DLW) in the presence of railway minister Suresh Prabhu, Modi pitched his 'Make in India' campaign once again and asked "why can't India produce what it needs?"

Highlighting the importance he wanted to give to the railways, Modi talked about setting up four railway universities to boost the capabilities of the Indian Railways, which in turn would make the nation go forward. The Prime Minister emphasized on making the railways the backbone of India's economic development.

"What we want to do is to put more money for development of railways. This will help," he added.

Should we believe the prime minister?

The branding of Modi may be defined in a singular line,the unified Hindu Imperialism created the brand to launch the final assault against the non Aryan majority communities to sustain the economics of Manusmriti which we know as Hindutva.

Thus, we see that the global campaign for Hundred percent Hindutva is launched and ironically,the man who defeated Apartheid in America twice,has to celebrate this carnival of genocide culture which makes a Gujarat of India.

As soon as the session of Parliament ended,the government is issuing ordinance one after one to iccomplish the incomplete task in a haste to welcome Barack Obama with a report card,Every Thing Done!

We would never knew how the constitution and the rule of law and the democracy itself have become quite irrelevant for the masses who have to be fed with trickling growth!

Everyone in Politics seems to be either billionaire or millionaire and eighty percent funding for political parties comes from corporate companies and multinational companies and free flow of foreign capital ie FDI Raj!

Nevertheless,this iconic anesthesia has become the Aadhaar of our all round mass destruction and it boosts the brutal racial Apartheid which is the the ideology,politics and economics of the ruling hegemony which has launched an all out Hindutva drive.

Pardon me,I am not an economist.I know my low profile status.But I dare that this is not politics neither it happens to be religion,any way.

It is all the way economics which we refuse to read or understand.It is the beginning of our plight.We simply forgot to add and deduct,simple reaoningand have killed our conscience,lost our vision and have immersed our heart and mind into manforce phenomenon!

It is the open market economy and,finally ,it is Hindu imperialism as well as Zionism altogether.

Please read the Indian Express report and mind you,it is no entertainment by any means!

The Google India top searches list for 2014 is out and it has two big learnings for the country. One, we as a country still search for URLs instead of typing them directly on the address bar and two, despite the appeal of BJP star campaigner turned Prime Minister Narendra Modi, we are still searching more for Sunny Leone.

The Google Year in Search offers a unique perspective on the year's biggest interests, major events, and hot searches that ruled the web in India. 2014 was the year that underlined that an online presence matters if you are a prime ministerial candidate, a political party or the local dhaba. So it was no surprise that the term Elections 2014 topped Google India's trending lists this year.

And see why Sunny Leone is more popular than the prime minister!

Posted by Palash Biswas at 9:49 AM