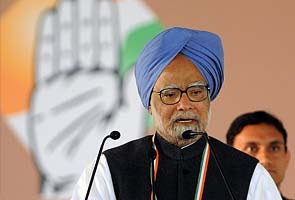 New Delhi:  The Cabinet has cleared the anti-corruption Lokpal Bill, and has decided that the Prime Minister will be exempt from investigation for corruption while he or she is in office. What the Cabinet has approved today is based largely on the recommendations of the five ministers who were part of the drafting committee of the Bill. The other half of the committee - Gandhian Anna Hazare and his four activists - had delivered a separate bill, which has been completely abandoned by the government. "This is not a Lokpal Bill, it's a Dhokapal (betrayal) Bill," said Kiran Bedi, a member of Team Anna. Mr Hazare says in protest, he will start a hunger strike on August 16. (Watch: Team Anna lashes out) At the two-hour Cabinet meeting this morning, Prime Minister Manmohan Singh said that he had no objection to the Bill covering his office. "If you want me there, I have no problem. I leave it to the cabinet," he offered. The Cabinet decided that the Bill does not apply to the PM while he or she is in office; the PM can be investigated after his or her term is completed. The Lokpal Bill will now be introduced in Parliament in the Monsoon Session which begins on Monday. "The BJP does not appreciate the complete omission of the PM from the Lokpal bill," said the party's spokesperson Ravi Shankar Prasad. The Lokpal Bill is intended to check corruption within politicians and bureaucrats. After a long hunger strike by Mr Hazare in April which was supported by lakhs of Indians, the government agreed that the committee assigned to prepare the Bill would include five ministers and five non-elected representatives including Mr Hazare. The experiment failed miserably with both sides unable to find common ground on issues like who should select the members of the Lokpal; the most critical point of difference was whether the Bill should apply to the PM, a must-have according to Team Anna. Mr Hazare's team urged the government last week to circulate its draft at the Cabinet meeting as well as in Parliament. However, the salient points of Team Anna's version were presented this morning almost as footnotes.  Ministers today urged Mr Hazare not to challenge the government's draft in Parliament. "Anyone who challenges this procedure is challenging Parliament of the country," said Law Minister Salman Khursheed.  "If the government thinks it can fool the people by pulling such a cruel joke, it is sadly mistaken," said Prashant Bhushan, who was an activist-member of the drafting committee. Mr Khursheed explained that under the Lokpal Act, there will be no procedure against the PM while he is in office. Also, there shall be a seven-year limitation period for complaints. So the Lokpal will not investigate a complaint over seven years after it is made. But, he said, the Prevention of Corruption Act has no such restrictions. The Lokpal or ombudsman will have a Chairperson and eight members - 50 per cent of them will be from the judiciary as will the chairperson, who has to be a serving or retired Chief Justice of India or Supreme Court judge. The non-judiciary members have to be "persons of impeccable integrity and outstanding ability," Information and Broadcasting Minister Ambika Soni said. The removal of the Lokpal will be the prerogative of the President of India. While the Lokpal will have separate teams to conduct inquiries and investigations, it will not have the power to prosecute someone accused of corruption. For NDTV Updates, follow us on Twitter or join us on Facebook
Story first published:

Posted by Palash Biswas at 7:41 AM