According to Oxfam, on current trends the richest 1 per cent of the world's population will have a greater share of its wealth than the remaining 99 per cent within two years.

As global movers and shakers head to the World Economic Forum in Davos, Switzerland, Oxfam is warning that an increasing wealth disparity is "leaving ordinary people voiceless and their interests uncared for."

The collective wealth of the world's richest 1 percent will exceed that of the other 99 percent of the global population next year, unless steps are taken to address the inequality, Oxfam warned ahead of the annual Davos meeting.

Oxfam, an anti-poverty charity, released a report titled, "Wealth: Having It All and Wanting More,"which reveals that the richest 1 percent, who had an average wealth of $2.7 million per adult in 2014, have seen their share of global wealth soar yet further, increasing from 44 percent in 2009 to 48 percent in 2014.

At this rate, the richest 1 percent, who became the focal point of public outrage during the 2011 Occupy Wall Street protests, will own more than 50 percent of the world's wealth by 2016.

Oxfam executive director Winnie Byanyima, who will co-chair the Davos symposium, said she will draw attention to the grim fact that "one in nine people do not have enough to eat and more than a billion people still live on less than $1.25 a day," she told The Guardian.

"Do we really want to live in a world where the 1 percent own more than the rest of us combined? The scale of global inequality is quite simply staggering and despite the issues shooting up the global agenda, the gap between the richest and the rest is widening fast." 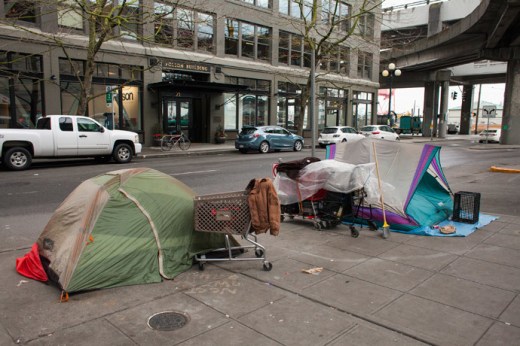 However, despite constant warnings that the upward curve in wealth concentration will only lead to disaster, the rich continue to gobble up a bigger and bigger share of the global wealth pie.Last year, Oxfam reported that the world's 85 richest people have the same wealth as the poorest 50 percent (3.5 billion people). This year, Oxfam said the reality has become even more worrisome, with just 80 people owning the same amount of wealth as more than 3.5 billion people.

In 2010, the number of individuals owning the same amount of wealth as the poorest half of the world's population was 388.

According to Byanyima, one way of addressing the "rising tide of inequality" is to crackdown on tax-dodging by corporations, and to push for progress towards a global deal on climate change.

The statistics provided by Oxfam paint a dark portrait of the challenges facing the planet in the face of severe wealth concentration.

"Twenty percent of billionaires have interests in the financial and insurance sectors, a group which saw their cash wealth increase by 11 percent in the 12 months to March 2014," according to the group.

These corporate sectors spent $550 million "lobbying policy makers in Washington and Brussels during 2013," severely altering the scope of government representation originally designed for the electorate. 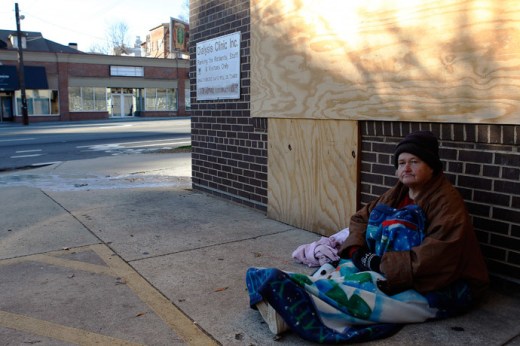 Meanwhile, during the 2012 US election campaign, the financial sector provided $571 million in campaign contributions, Oxfam said.

The charity said the wealth of the super-richest 80 people doubled between 2009 and 2014, and that increasingly the wealth was being used by the rich to further their own interests, usually by lobbying efforts in government.

More than one-third of the 1,645 billionaires listed by Forbes magazine inherited some or all of their riches.

Oxfam said it was calling on governments to adopt a seven-point plan to alleviate global inequality:

• Clamp down on tax dodging by corporations and rich individuals.

• Invest in universal, free public services such as health and education.

• Share the tax burden fairly, shifting taxation from labour and consumption towards capital and wealth.

• Introduce minimum wages and move toward a living wage for all workers.

• Ensure adequate safety nets for the poorest, including a minimum income guarantee.

The figures were released to coincide with the opening of the annual bunfight for the rich and powerful, otherwise known as the World Economic Forum in Davos, Switzerland. Expect those who attend to pay lip-service to doing something about these uncomfortable issues. Some may actually mean what they say, realising that there are very real dangers in allowing 80 people to hoard more wealth than the 3.5 billion who struggle to get by on a few dollars a day.
At least some progress has been made on one of Oxfam's key recommendations – the call for a clampdown on tax avoidance by wealthy individuals and corporations. It is getting harder to utilise places such as Switzerland as a tax haven, largely thanks to the efforts of America's tax authorities. The EU is belatedly looking into deals done by various multinationals with Ireland, the Netherlands and especially Luxembourg. The OECD's work on corporate tax avoidance has proceeded at a faster rate than many expected. The US has cracked down on the process of inversion (whereby companies do deals purely for the purpose of changing their tax domicile with a view to keeping their cash out of the hands of Uncle Sam). But it's not enough.
Partly that's because the various issues are being addressed piece-meal. Partly it's because of a lack of ambition. We have, for example, barely scratched the surface of the vast amount of inherited wealth, which is rarely subject to tax (inheritance tax is the most avoidable of levies).
The likelihood is that Oxfam will produce the same report this time next year. And the people who attend Davos will promise to talk about it, before they jet off for a chat with their bankers in Zurich to discuss the latest tax shelter their London accountants have created for them. Tuesday 20 January 2015
Annex: Richest 1% to own more than rest of world
The wealthiest 1% will soon own more than the rest of the world's population, according to a study by anti-poverty charity Oxfam.
The charity's research shows that the share of the world's wealth owned by the richest 1% increased from 44% in 2009 to 48% last year.
On current trends, Oxfam says it expects the wealthiest 1% to own more than 50% of the world's wealth by 2016.
The research coincides with the start of the World Economic Forum in Davos.
The annual gathering attracts top political and business leaders from around the world.
Oxfam's executive director Winnie Byanyima, who will co-chair the Davos event, said she would use the charity's high-profile role at the forum to demand urgent action to narrow the gap between rich and poor.
In a statement ahead of the gathering, Ms Byanyima said the scale of global inequality was "simply staggering".
48%  owned by richest 1% in 2014
54%owned by richest 1% by 2020
$1.9tn wealth of 80 top billionaires – equal to bottom 50% of rest of world
$600bn increase in wealth for 80 top billionaires in 4 years – or 50% rise
$750bn drop in wealth for the poorest 50% of the world in 4 years
Source: BBC , Oxfam, Credit SuisseAFP
Posted by Palash Biswas at 9:22 PM