Fwd: [bangla-vision] Please Vote For What You Really Believe but Fight Vote Fraud. 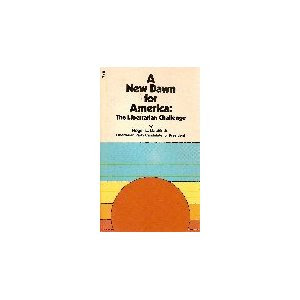 An election is not a horse race, where you can gain

by predicting the winner.

An election is your chance to tell the government

what you really want.

The lesser of two evils, is still evil.

All that is necessary for evil to triumph,

is for good people to do nothing.

then evil triumphs much more quickly.

You do not become a winner,

because you supported the winner.

You become a winner,

because the winner believes as you believe.

Support what you really believe.

Do not support what you disagree with;

because you fear something else that is more evil.

Do you go to the church that represents your beliefs

or to the one with the most people?

they always say, that they will do,

what the people want them to do.

The people keep telling the politicians the same message:

Every poll, and every word that the people speak says:

"We want lower taxes and less government." and

"We want the government off of our backs,

and out of our pocket books."

Most people understand that

must both come together.

We know that the Politicians are hearing what we say,

because they do such a good job of repeating it back to us...

Power goes back and forth

between Republicans and Democrats,

but government just keeps getting larger and more expensive,

On a rare occasion, a "third party" wins.

The Libertarian Party has been the

the "third party" can implement

its agenda, WITHOUT ACTUALLY WINNING THE ELECTION.

All they need to do,

is show enough support to send a "wake up call"

who think that their "tax and spend" program has no REAL

Let's send them a message tomorrow.

If any of these links are censored, paste them into the address bar, or click on them from the web page where this article is posted.

Step One: Falsify the polls to make the fraudulent election believable.
(At the end of this message you will see an accumulation of polls that prove that the "official" representations of polls are patently false)
Step Two: Use rigged voting machines to produce election results that agree with the fraudulent polls.
DEMAND PAPER BALLOTS
They can fake the polls to make it look as though the people support them. They can even rig the elections with the voting machines.  But they need an excuse for why they cannot assemble a good sized crowd of supporters.
This is especially important when Ron Paul DOES assemble a good sized crowd of supporters in the same town, at the same time.
They also have a bit of trouble explaining millions of dollars of donations to the candidates that they claim have no support.
A New Generation For LIBERTY
http://www.youtube.com/watch?v=2GyNyD1-OeE
or
http://www.youtube.com/watch?v=2GyNyD1-OeE&feature=player_embedded
BARBARA BOXER- CALL ME SENATOR This one is HILARIOUS!

If any of these links are censored, paste them into the address bar, or click on them from the web page where this article is posted,

Posted by Palash Biswas at 8:15 AM