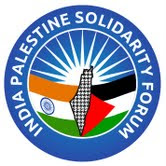 It is on the 29th of November, this very 65th anniversary of the "International Day of Palestine" that we are truly honoured to announce the "International Conference for Peace & Justice for Palestine" to be held at the Shahir Amar Sheikh Auditorium, University Club House, "B" Road, next to Sydenham College, Churchgate, Mumbai, on the 1st & 2nd of December2012, from 10.00am to 9.00pm.

Today,  the United Nations is all set to vote & thereby recognize Palestine as a country, as an "observer state" & thus include it within the comity of nations. This will give Palestine the right to membership at the various international institutions, the foremost being the "International Criminal Court" & pursue cases against Israel. We therefore appeal to the Government of India to cast our vote for Palestine, as they always have & thus remain true & committed to the tradition of Mahatma Gandhi, Jawaharlal Nehru, Maulana Azad, Dr. Babsaheb Ambedkar & Bhagat Singh.

The Vice-Chancellor of Mumbai University, Rajan Velulkar will be inaugurating the conference.

At the press conference, both the chief guests namely Prof Mazin Qumsiyeh, from Bethlehem, Palestine & Rabbi Weiss, anti-Zionist Jew from New York, USA addressed the gathering. They both called for a peaceful solution to the occupation of Palestine by the Israelis, where Muslims, Jews & Christians all dwell in the same land as they earlier did.

Advocate Yusuf Muchala, the Chairperson of the Reception Committee of the IPSF,  Feroze Mithiborwala & Kishore Jagtap, also called for greater Indian participation & commended the government of India for its support for the cause of Palestine.

More than 25 international delegates from Palestine, Lebanon, Syria, Iran, Afghanistan, Pakistan, US & UK will be attending the conference. The Palestinian Minister Mr Abdullah Abdullah, who is a very senior & widely respected leader, as well as the ambassador Mr Adli Sadeq will also be gracing the occasion.

A special session will also be held for the youth, namely "Indian Youth for Palestine". The delegates include leading non-violent resisters, academics, scholars & writers from the various countries.

The objective of this conference is to once again revive & consolidate the widespread support for Palestine across the country. It is also imperative that we create awareness,  regarding the growing clout of the Israeli Zionist lobby & the threat that it poses to the sovereignty of India & we thus call for the "Boycott of Apartheid Racist Israel".

As Indians, as Asians & as citizens of the democratic world, we are committed to the freedom of the Third World. We are thus committed to an independent & sovereign Palestine, with Jerusalem as the capital.

The occupation of Palestine by racist Israel is the central geopolitical crisis of our times. The very future of the world hangs in balance as the forces of war threaten to engulf humanity in a fratricidal calamity. To avert this imminent crisis, we must ensure a just & peaceful solution & end the occupation of Palestine by Israel. And in the tradition of our freedom struggle, once again India must be at the forefront of this struggle.